The Celebration of Ecuador’s The Virgen de la Dolorosa

The Miracle of the Virgen de la Dolorosa

The Ecuadorian people are very devoted to the The Virgen de la Dolorosa (Lady of Sorrows). The country’s mostly catholic population still remains as devoted to her as it was 104 years ago, when the miracle of the Virgin occurred. It was during these dates that their patroness performed a specific miracle that resulted in her canonical coronation by pope Pius XII. She would later on be declared as the patroness of education for the youth.
If we dig a little further below the surface of this bit of history, we’ll come to understand the Ecuadorian ethos more. Legends, myths and miracles have shaped these people’s vision of the world and their attitude towards life. The Virgen de la Dolorosa holds a special place in Ecuadorian culture and the hearts of her devotees. To understand this fervour is to get immersed in the Ecuadorian way of life. 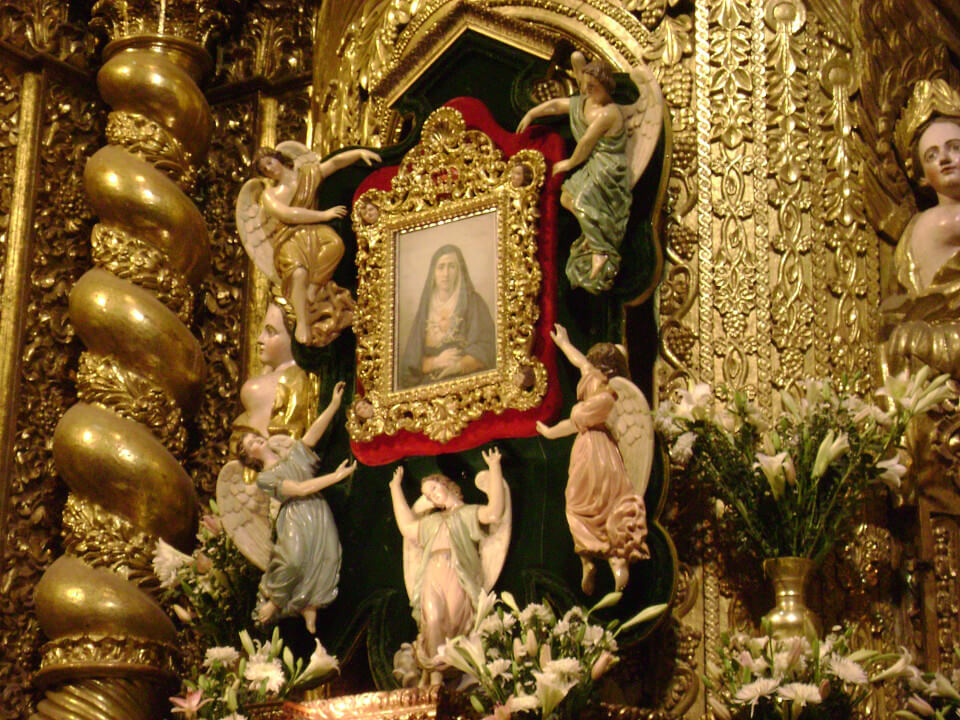 The Night of the Miracle

Story has it that on the night of 20 April, 1906, the chromolithograph of the Virgen de los Dolores started showing slight signs of actual, physical movement. At the time, the painting was located at the San Gabriel school, which is right in the heart of Quito’s historic downtown.
Some 35 students where having dinner during their Easter week vacation when it happened. It was at around 20h00 when one of the kids realised there was something odd about the way the Virgin’s painting looked. He saw what appeared to be her eyelids slowly opening and closing, as if she were observing the room. Soon enough, the classmate eating beside him noticed the same thing. The incident started spreading around the school’s dining room hall until it arrived at the ears of their teacher whom, like their students, also witnessed the event in awe. The episode lasted for about 15 minutes, after which they all went to the chapel to pray as a sign of devotion and astonishment with regards to the scene that they had just witnessed. 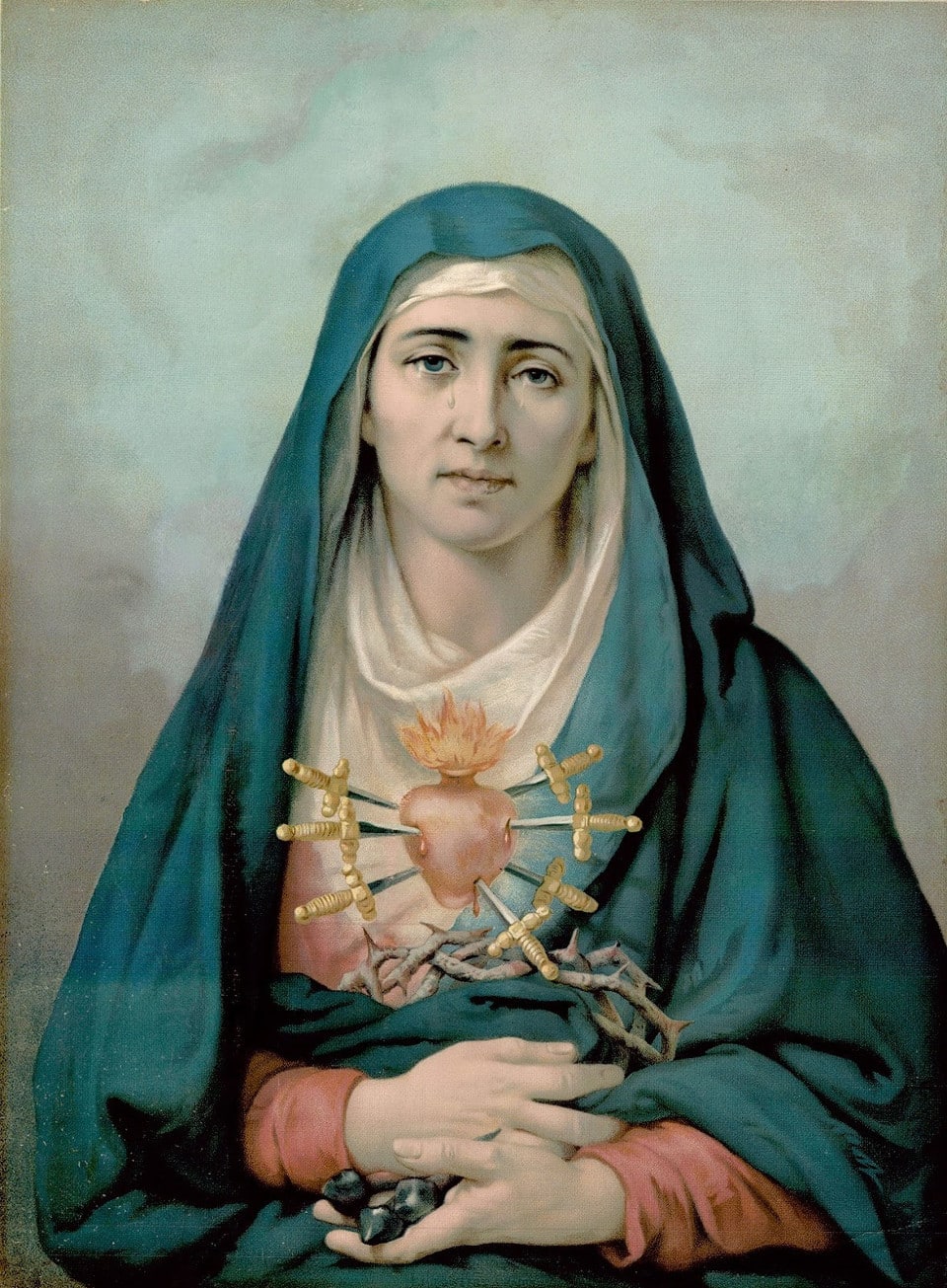 News of the miracle started spreading throughout the school, yet it was requested that everyone keep quiet. The incident needed to be confirmed by a series of officials, scholars and dignitaries first, and so the painting was removed from the dining hall to conduct tests and studies. No one could find an explanation for why the incident had taken place. How had she been able to open and close her eyes? Was it an optical illusion? Was it a chemical reaction? No one knew for sure. The event was verified and recognized by the Jesuits’ school as being factual.  It was then agreed upon that the incident was a miracle, and that it could only be explained through faith.

How is the Virgen de la Dolorosa celebrated today?

Nowadays, three original chromolithographs (one of these being the chromolithograph from the school incident) are on display at: the San Gabriel school and San Felipe Neri in Riobamba while the third one was taken by a Jesuit father back to Spain. The original painting at the San Gabriel school can be visited by devotees at any point during the regular school schedule. Once a year, this painting is transported to the beautiful Iglesia de la Compañia de Jesus of the Jesuits every 20 April. The mass for the Virgin starts every year on the day of the miracle and lasts until 25 April. Due to the large number of followers that visit the church to get a glimpse of the Virgin during this brief period, the church remains closed to tourists until 31 April.
The devotion of Ecuadorians towards the Virgen de la Dolorosa and the strict observance of catholic liturgies mark most of the calendars in the country. Some celebrations are not only catholic holidays, but also a way to mark the passing of time and commemorate the survival of traditions. Even though visitors will not be able to visit the Iglesia de la Compañia on these dates, they will indeed feel the love that the people of Quito have for their patroness. Immerse yourself in Ecuadorian tradition and visit South America’s most beautiful historic downtown while on your stay in Casa Gangotena! This World Heritage site is a must-see! 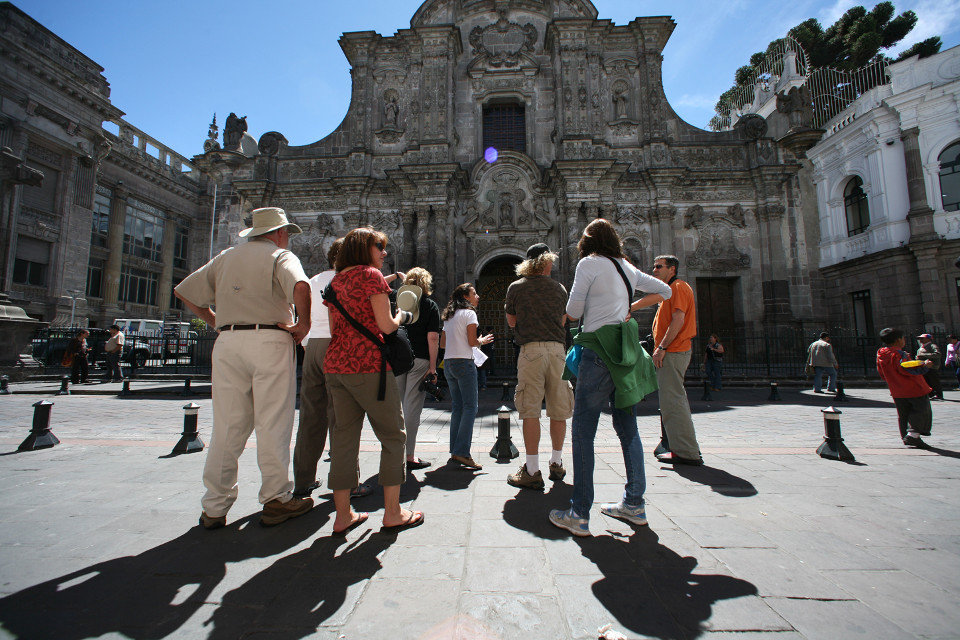