Mosquito-borne illnesses have long wreaked havoc in many parts of the world. Thanks to education and awareness campaigns, Zika and other illnesses in Ecuador have seen a reduction in rates of incidence. Mitigation includes basic things like using insect repellant and controlling the mosquito population by regularly eliminating standing pools of water around dwellings.

If you’re planning an upcoming trip to Ecuador and the Galapagos Islands and you’re concerned about the risks of Zika and other mosquito-borne illnesses, you have very little to fear. In this blog, we’ll examine data about reported cases and explain what you need to know to stay safe throughout your travels in the region. 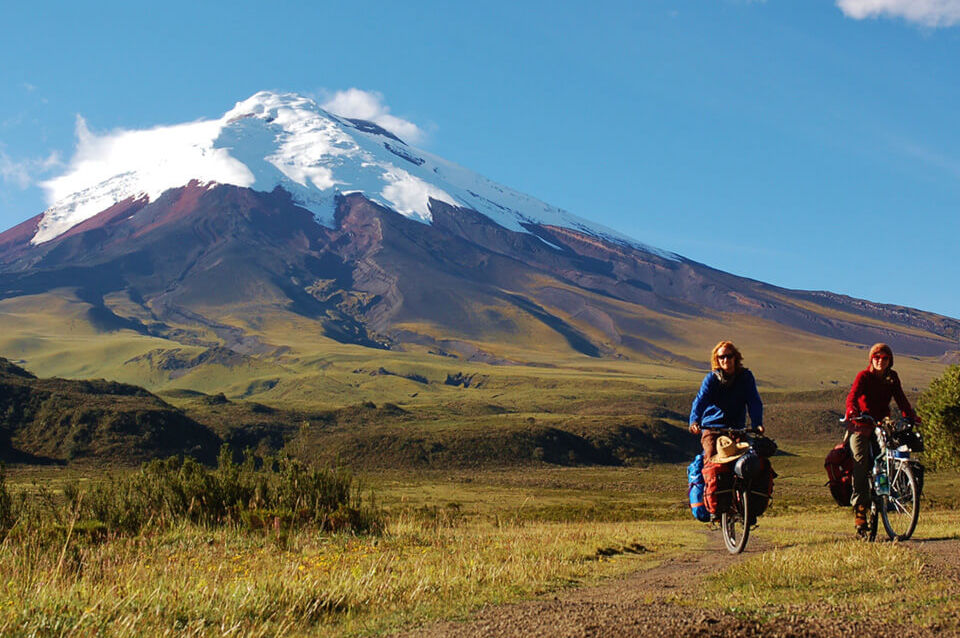 Take for instance Zika in Ecuador, which hit a high of 2,947 reported cases in 2016. As health officials began to understand the severity of this illness and the devastation it was causing among the affected populations, the following year saw a notable decrease in cases, though the number was still high: 2,413.

In 2019, 2020, and 2021, there have been zero reported cases of Zika in Ecuador. This, of course, includes the insular region of the Galapagos Islands. 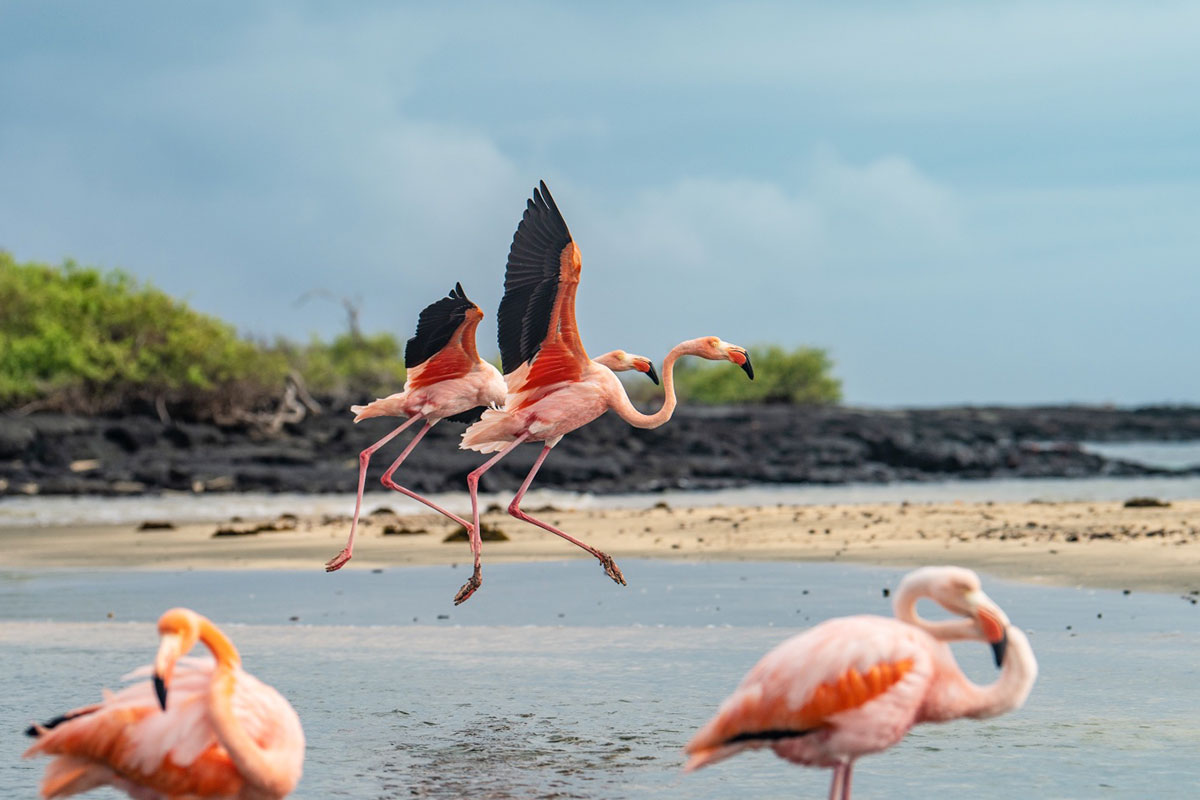 Successful awareness and prevention campaigns in the lowland regions of Ecuador where conditions are favorable for mosquito-borne illnesses like Zika, have been largely effective. These efforts also appear to have greatly reduced the transmission of two other illnesses: Chikungunya and Yellow Fever.

Other infectious mosquito-borne illnesses, like Dengue, Malaria, Leishmaniasis, and Chagas, have been present in Ecuador for many years and are the focus of many prevention and education campaigns, which do appear to be working.

Check out the chart below and then read on to learn more about how to keep yourself safe when visiting one of the most beautiful countries in the world—Ecuador!

Table prepared by the National Board for Epidemiological Surveillance

Why is Zika a big deal?

Mosquitos can pose a risk to travelers in regions where illnesses are prevalent.

Zika has raised global concerns due to how strongly it correlates to the fetal deformity known as microcephaly, which affects brain and skull development. This link was observed in Brazil earlier this century when an extraordinarily high level of Zika and microcephaly coincided in the second half of 2015.

Zika is also being studied to determine if it is linked to Guillain-Barré syndrome, which affects a person’s immune system and causes nerve cell damage that leads to muscle weakness and even paralysis. Fortunately, the latter is quite rare.

What are the symptoms of Zika?

Most people that have been infected with Zika often won’t even realize they have the virus. But studies have shown that around 1 in 5 people infected with Zika will exhibit noticeable symptoms. These will manifest in the form of a fever, rash, pain (particularly in the joints), and irritated eyes. Symptoms often don’t last longer than a week.

How is the Zika virus transmitted?

The Zika virus is primarily transmitted via mosquito bites, however, infected individuals also risk transmitting the virus from person to person through sex, via blood transfusions, or, from mother to fetus. People may also risk acquiring Zika through exposure in a laboratory setting.

Where have cases of Zika been reported in Galapagos and Ecuador?

According to Ecuador’s Ministry of Health, Zika has been known to occur on Ecuador’s mainland at elevations below 3,937 ft (1,200 m). This risk is easily circumvented by visiting the spectacular highlands of Ecuador – including the capital city of Quito – replete with loads of natural wonders to see! Within the Metropolitan District of Quito, a few hours drive from the capital is Mashpi Lodge. You can visit this remarkable jungle in Ecuador’s incredible Andean-Choco bioregion without having to worry about the threat of Zika, which, again, is extremely low throughout the country.

Should your travels through Ecuador take you to the remarkable Mashpi Lodge, nestled in Ecuador’s incredible Andean-Choco bioregion, the threat of Zika here is also relatively low. This, even though Mashpi rests along the top edge of lowland elevations.

The spectacular view of Mashpi Lodge in the Andean Choco.

Galapagos’ terrain is simply so isolated that it rarely ever sees mosquitoes. Thus, there have been no reported cases of Zika in recent years. The airlines that operate between Ecuador’s mainland and the islands, in cooperation with the Galapagos National Park, do an outstanding job of keeping at bay many invasive species threats to Galapagos. Prior to take-off, airline attendants do their part by disinfecting and spraying cabins with a non-toxic and odorless spray that kills insects and bacteria. They also screen luggage and individuals to prevent any unwanted “guests” from creeping onto these beautiful islands. 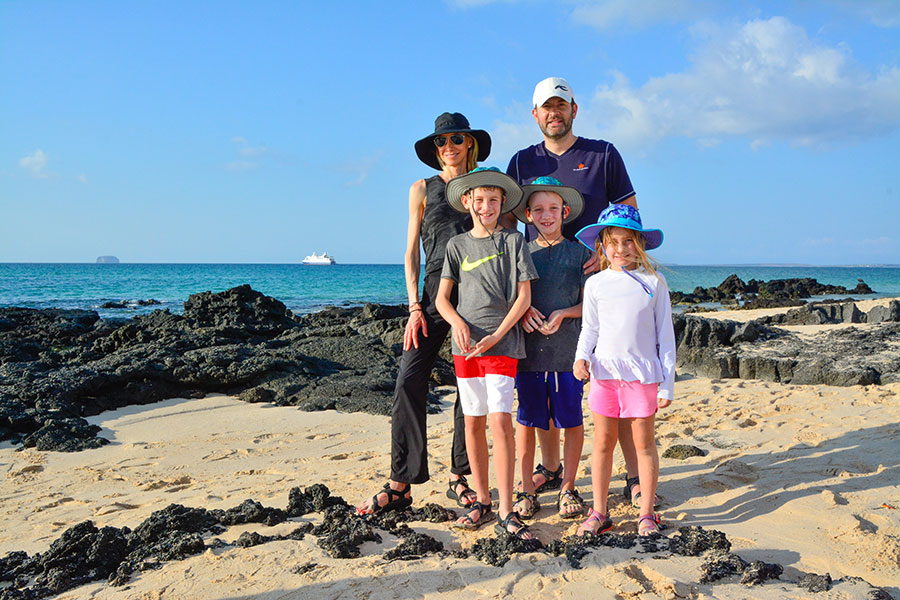 How can I avoid Zika at lower altitudes in the Ecuadorian mainland?

Should you visit lowland Ecuador, it is best to travel with insect repellant and be diligent about using it every time you head outdoors. Also, your risk is reduced when you stay in air-conditioned or well-screened dwellings. Thankfully, awareness and prevention campaigns in the most susceptible regions of the country have been largely successful in preventing the propagation of this disease.

What other insect-borne illnesses are there in humid tropical climates?

When looking to travel to any tropical region where the climate is predominantly humid, there are other insect-borne illnesses you should guard against. Keep in mind that in Galapagos, the climate is largely dry, due to the arid landscapes. It is not a tropical destination, though it does straddle the equator. That said, the mainland coast of Ecuador does see a humid climate during certain times of the year. And, while the risk of Zika has largely declined in the past few years, other infectious mosquito-borne illnesses can still present a risk, though reported cases have declined since 2018.

On a world scale, Malaria is responsible for millions of infections each year. Symptoms of this mosquito-borne illness include fever, chills, cold sweats, headaches, nausea, diarrhea, vomiting, abdominal pain, and fatigue. When detected in time, it is quite treatable. One can even take preventive medication if concerned about an upcoming trip to a high-risk spot.

Regarding countries in South America, Ecuador is not a high-risk spot for Malaria, thanks to one of the most successful mitigation efforts. Incidence rates of Malaria are down to relatively low levels (Link to research study in Spanish).

Here again, there are some simple and sensible things you can do to greatly lower your risk should your travels take you to or through Ecuador’s coastal lowland regions. For instance, wearing long-sleeve shirts and pants, applying insect repellant, both to your skin and clothing, and sleeping under a mosquito net (where applicable).

Important Note: Malaria is non-existent in the Galapagos and has not been reported in the Ecuadorian highlands.

Headaches, fatigue, muscle pain, and rash are some of the symptoms of Chikungunya, a disease that tends to run its course without presenting significant complications. In comparison with the other illnesses, Chikungunya does tend to have a sudden onset (about two days or a week after receiving a bite from an infected mosquito. Symptoms include pain in one’s joints and fever.

Ecuador has successfully brought down reported cases of Chikungunya to near zero in the past few years. As with every other mosquito-borne illness, long sleeves, insect repellant, and netting (where needed) are effective in preventing infection. Also, in the Galapagos Islands, Chikungunya is extremely rare.

The parasite that causes Leishmaniasis disease is often transmitted through sandfly bites. The cutaneous form of this disease often involves the appearance of skin sores with varying degrees of discomfort. These sores can be accompanied by fever, swollen spleen, swollen liver, or weight loss. It may take weeks or even months before symptoms are noticeable. Often, sores will heal on their own, though treatment may be available.

Ecuador has been quite successful in reducing the prevalence of this disease in largely rural lowland regions, where it is most present.

Chagas disease is a complicated illness. It can be transmitted through blood transfusions, accidental laboratory exposure, and contact with triatomine, also known as “kissing bugs”. Another common form of transmission is the consumption of uncooked foods that have been contaminated by the feces of these bugs, which carry the Trypanosoma cruzi parasite.

Symptoms of Chagas disease may be acute or chronic. Mild symptoms may include fever, body aches, rash, and loss of appetite, among others. In some cases, there are no symptoms. Where there is an insect bite, a doctor may detect other signs of infection.

Instances of Chagas disease are very uncommon. Cases often correlate to more rural and impoverished areas. Since 2019, there has been a promising reduction in reported cases.

Mayaro disease has not been reported in Ecuador since 2019, which saw a total of only five cases. This virus is often accompanied by intense pain in larger joints, along with fever, rash, myalgia, and headaches. Mosquitos are also a vector for this disease.

The virus responsible for Yellow Fever is also transmitted by mosquitos. Prevention strategies include wearing long sleeves and using insect repellent. In the case of Yellow Fever, there is a vaccine to help protect you from symptoms and effects of this disease, which include aches, pains, liver disease, and jaundice.

How can I stay safe throughout my travels to Ecuador and the Galapagos?

All this talk of diseases can seem quite overwhelming. Though, it shouldn’t. Knowledge is power. And, reading about what’s out there can help you stay mindful of your safety when visiting areas where you may or may not encounter a level of risk.

Another way to remain safe when visiting Ecuador and the Galapagos is to plan your travel with a reputable and proven destination management company like Metropolitan Touring, which offers guests the safest and best experience of the Galapagos via multi-guided expedition ships. Not to mention the convenience of having a 24-hour Medical Officer onboard.

likethis
What's your reaction?
Useful
91%
Not useful
9%
Posted In
Facts and Tips, Galapagos
Tags
You might also like
Read More 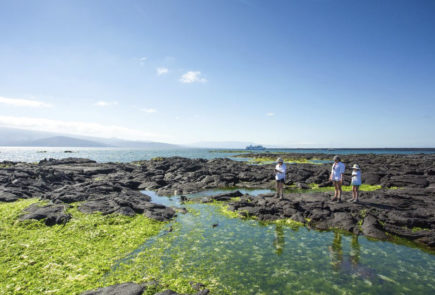 When is the best time to visit the Galapagos Islands?
Read More 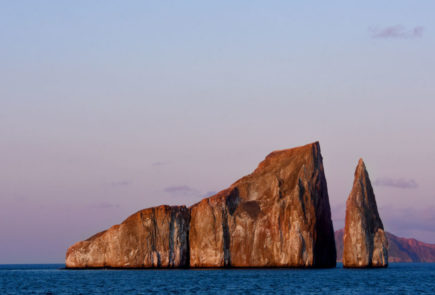 How to Get to Galapagos: Prices, Airports, and Tips
Comments
Leave a response