Charles Darwin did not discover the Galapagos Islands during his visit in 1835; the archipelago was relatively well known among seafarers of the time. However, in the 17th and 18th centuries the islands did not tell of an adventure with sea-going iguanas and flightless cormorants, but one of mystery, filled with pirates, buccaneers and treasure. Learn about the interesting history of the Galapagos Islands. 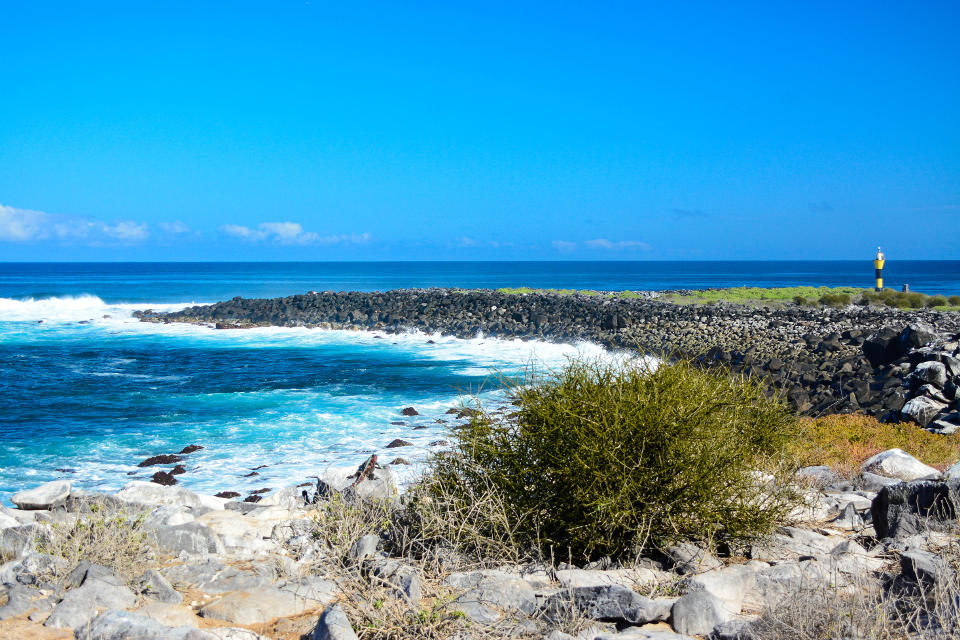 The Galapagos Islands were known as the “enchanted islands”.

History of the Galapagos Islands – The Bewitched Islands

Following the publication of Charles Darwin’s work in 1859, the world’s understanding of evolution not only changed, but also its understanding of the islands. Tourism books typically describe the history of the Galapagos Islands as the ‘enchanted islands’ full of beauty and wonder. While there is no doubt significant truth to this title, the phrase actually originates from the mistranslation of a term given by seamen centuries ago. ‘Las islas encantadas’ (enchanted islands) was actually termed by sailors who, while searching for land to replenish their supplies, would often lose sight of the islands as they became covered by a thick mist known as the garua, making it seem as if they appeared and disappeared. Thus, to a tired and hungry seaman, instead of enchanting, the islands seemed bewitched and before Charles Darwin’s discoveries, this is exactly how the islands were seen for centuries.
The Galapagos Islands were technically a part of the Spanish Empire for several centuries until they were claimed by Ecuador in 1832. However, neither did the Spaniards see the land in a favorable light and largely left the islands to the will of time. In fact, when Fray Tomas de Berlanga first discovered the archipelago in March of 1535, he wrote the Spanish king saying that “God…had rained stones” in the archipelago and that it was “dross, worthless, because it has not the power of raising a little grass, but only some thistles.” However, perhaps this was because by the time Tomas de Berlanga found fresh water in the Galapagos, two crewmembers and ten horses had died from dehydration.

Nevertheless, not everyone saw the Galapagos as worthless. As the Spaniards left the islands to their own devices, they also left them to the devices of pirates. During this time, the islands became an important point of refuge for pirates that stalked the waters around the Caribbean and South America in search of Spanish galleons. In fact, pirates are considered to be the first people to thoroughly explore the islands and use them for a specific purpose.

In the 1600’s and 1700’s, Spain had claimed Mexico as ‘New Spain’ and based much of their operations in the Americas from the country, meaning that ships loaded with Incan treasures frequented the western coast of South America. The Galapagos, located a convenient 600 miles off the coast of Ecuador, was the perfect location for pirates to replenish their supplies of food and fresh water, and repair their ships; it was far enough from the mainland to make for a perfect escape, but close enough to raid coastal villages and trade routes. Unlike the Caribbean, the Pacific Ocean did not have pirate-friendly ports for refueling, and so remote islands such as the Juan Fernandez Islands and the Galapagos became popular among pirates for this purpose. A few of the more famous pirates to use these islands were Englishman Richard Hawkins and Dutchman Jacob L’Hermite Clerk.
However, these men were not treated as pirates by everyone. In fact, for the Dutch, British and French they were considered brave buccaneers, risking their life for the benefit of their countries. The Spanish empire was an enemy to these northerners during the 17th and 18th centuries, and the more their resources were drained, the better.

The islands also became spookily famous from the tails told by American sea captain Benjamin Morrell. Among the spectacular descriptions of his adventures and the Galapagos Islands included one made on the Tartar in 1825 and his narration of a volcanic eruption that took place on Fernandina Island. As the ship was searching for wind along the Bolivar Channel to set sail, they drifted past the eruption and molten lava running over the land. The tar holding the ship together began to melt from the heat. Air temperatures reached a desperate 123°F and water temperatures rose to a whopping 150°F.
Furthermore, on a previous trip to the islands, his vessel picked up the Scottish seaman Alexander Selkirk who had been marooned on the nearby Juan Fernandez Islands. The story this sailor told gave birth to the famed story of Robinson Crusoe.

The remains of the pirate history

After centuries of use by pirates, the history of the Galapagos Islands still maintain a few traces of their presence, specifically on Floreana Island. Here, caves were carved out of the soft rock walls, located by one of the few sources of fresh water in the islands. Other fresh water sites such as Buccaneer Cove on Santiago Island and also San Cristobal Island were popular among the pirates. Many people suspect that the pirates also used the islands as their own private bank, burying some of their plunder here. Several people have claimed to find pirate treasure in the Galapagos; however, there are no official reports of such and there is little chance that the pirates left anything behind.

Highly recommended literature for human history of the Galapagos Islands

likethis
What's your reaction?
Useful
0%
Not useful
0%
Posted In
Galapagos
Tags
You might also like
Read More