Here is a story about commitment and how a seed can germinate and flower… Over the last decade, our company has sponsored talented students from local schools in the Galapagos to embark on voyages of discovery aboard our Santa Cruz ship. We have taken hundreds of these young Galapagueños on board, in order for them to discover the true extent of the wonder of the archipelago in which they live and to understand the tourism business, too.
One student we are particularly proud of is Christopher Naranjo. At the age of 15, he was invited aboard the Santa Cruz and spent a few days in awe of the wildlife and also in admiration of the guides who led the groups. A few years later, he graduated from high school, took the Naturalist Guide course with the National Park, and applied to become a Metropolitan Touring guide. A position he holds, with much pride, today.
This story was made possible through our Fundación Galapagos, which focuses on brown issues, human impact and waste management on the islands.
Our commitment efforts have sown seeds in all our companies across the region, and have been rewarded with a number of awards, including Honorable Mentions in Condé Nast Traveler magazine’s World Savers Award in 2008 and 2010, “Best Ground Operator” in the UK’s Latin American Travel Association annual awards in 2008 and 2009, Finalist nomination in the World Travel & Tourism Council ‘Tourism for Tomorrow Awards’ in 2009, and “South America’s Leading Green Hotel” for the Finch Bay Eco Hotel in 2012 and 2013.

likethis
What's your reaction?
Useful
0%
Not useful
0%
Posted In
About Us
Tags
You might also like
All About Us
Read More 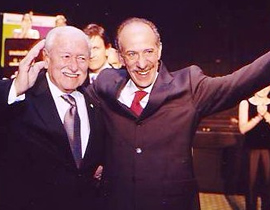 About Us: Team
Read More About Us: Fact Sheet
Comments
Leave a response

All about us
Press
News

All about us
Press
News