Peru Destionations – Sacred Valley – A Paradise to be Discovered 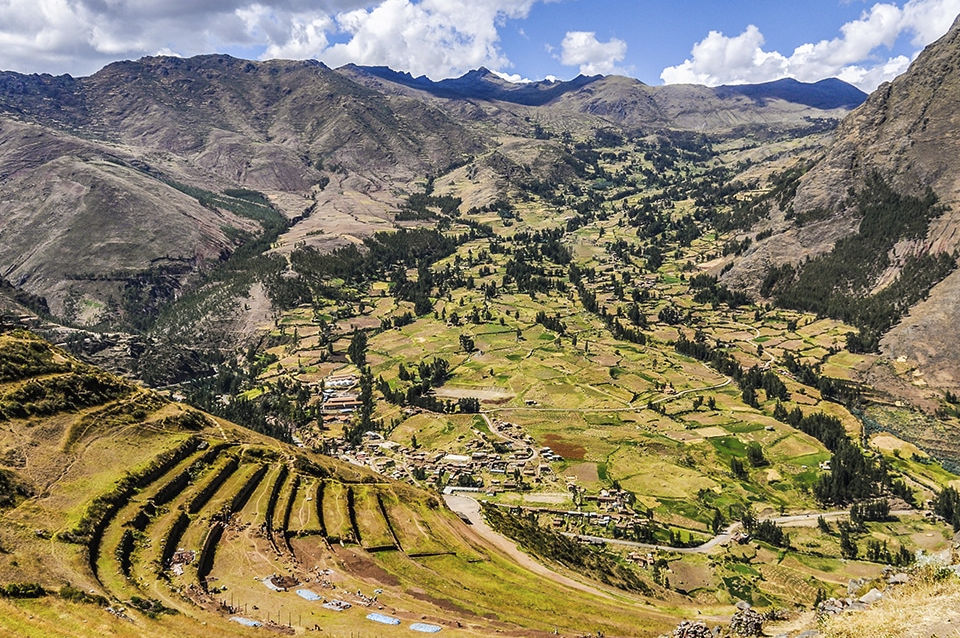 Just an hour’s drive from Cusco, the Sacred Valley of the Incas or Urubamba Valley, is a setting of picturesque communities, impressive terraces and several important archaeological sites. The valley has been the storehouse for agricultural products for the city of Cusco since Inca times. Its mild weather and particular geography make it ideal for outdoor sports.
Discover the place where the Incas innovated their agricultural techniques and brought to the world the treasure of the Andes: more than three thousand varieties of potatoes.
The Sacred Valley of the Incas was undoubtedly a key area of settlement to the Incas. Its agreeable climate and fertile plains make a rare and fruitful combination for the high Andes. It was also the route to the jungle and therefore an area with access to the fruits and plants of the tropical lowlands. The Sacred Valley served as a buffer zone, protecting Cusco from incursions of the Antis, the fierce jungle tribes who, from time to time, raided the highlands.
Today the Sacred Valley remains a lush agricultural region supplying the city of Cusco with much of its produce such as maize, fruit and vegetables. Today is famous for being home to maize cobs with the largest kernels in the world. The valley includes the area between the Inca communities of Pisac and Ollantaytambo.

Pisac lies 33 kilometers from the city of Cusco via a paved road, and has an old quarter, an archaeological site considered one of the most important in Cusco, and a modern quarter; dating from the colonial period. It also has an authentic Andean market with special themes on Sundays, which attracts thousand of visitors and people from remote communities, dressed in colorful, traditional attire.

The community is located 28 km from Cusco on the paved road to Urubamba. Here lies the remains of what was the royal country-house of Tupac Inca Yupanqui, as well as a beautiful colonial temple built on Inca foundations. Its main attraction is its Sunday market, which was originally dedicated to the barter of products by the people of the valley and the upper areas. Nowadays, the market is a real hub of activity, vibrant with color and movement which fascinates tourists with a range of handicrafts and textiles made in true pre-Columbian style.

A typical Inca community located 21 km from Urubamba at 2,800 masl, named in honor of the chief Ollanta, who was famous for courting an Inca princess, daughter of Pachacutec. One of its best-preserved areas known as Hanan Huacaypata lies north of the main square and contains 15 estates built with elegantly crafted stone walls. Ollantaytambo also features an extensive archaeological site located on the imposing hillside overlooking the town, containing structures such as the Temple of the Sun, and the Mañacaray or Royal Hall, the Incahuatana and the Princes’ Baths. It also has hotels, restaurants and different activities as horses and mountain bikes for hire. A branch road leading from Ollantaytambo to the Málaga mountain pass (4,200 masl) goes through towns such as picturesque Huilloc, home to he renowned huayruros (porters).

Maras is a small community 40 kilometers from the city of Cusco, on a turnoff from the road to the town of Urubamba. Its main attraction are the salt mines located near the town which captivate sightseers and, in particular, photographers. Salt is extracted from mines which have been in use since pre-Columbian times. The extraction method employed involves using an ancient drying process, whereby salt-water, flowing from an underground stream, is left in the sun in thousands of wells until it has evaporated, leaving behind only the salt, which is then ready to be sold or exchanged for provisions. During the summer months (April-October), the shimmering spectacle offered by the pools is incomparable.

This community is famous for its embedded amphitheater, formed by four circular terraces which seem to disappear into the interior of the puna, like an artificial crater. Evidence seems to suggest that Moray was an important center of Inca agricultural research on crops, which was carried on different sized plots located at various altitudes (some of which were more than 100m underground). The Andean terraces, built on retaining walls filled with fertile soil and watered via a complex irrigation system, offer more than 250 different types of vegetables and cereals, such as corn, quinua and kiwicha.

likethis
What's your reaction?
Useful
0%
Not useful
100%
Posted In
Peru
Tags
You might also like
Lima a la Carte
Read More 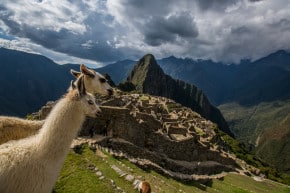