Volcanoes in Ecuador: Touching the Sky, Dressed in White

When many think of Ecuador, they often think of Galapagos and the equator, but it’s not always the case that Ecuador is thought of in tandem with the majestic Avenue of the Volcanoes that it sits along. That’s right, Ecuador is full-on Volcano Country! But fear not, for this does not by any means detract from how impressively safe the country is to visit! If anything, it adds tremendously to the overall geographic and scenic beauty that’s found throughout. Ecuador is home to 47 volcanoes in total (both active and extinct), with 15 in volcanoes Galapagos and 32 on the mainland. Read on in this blog to appreciate some of the most beautiful and popular volcanoes in Ecuador! 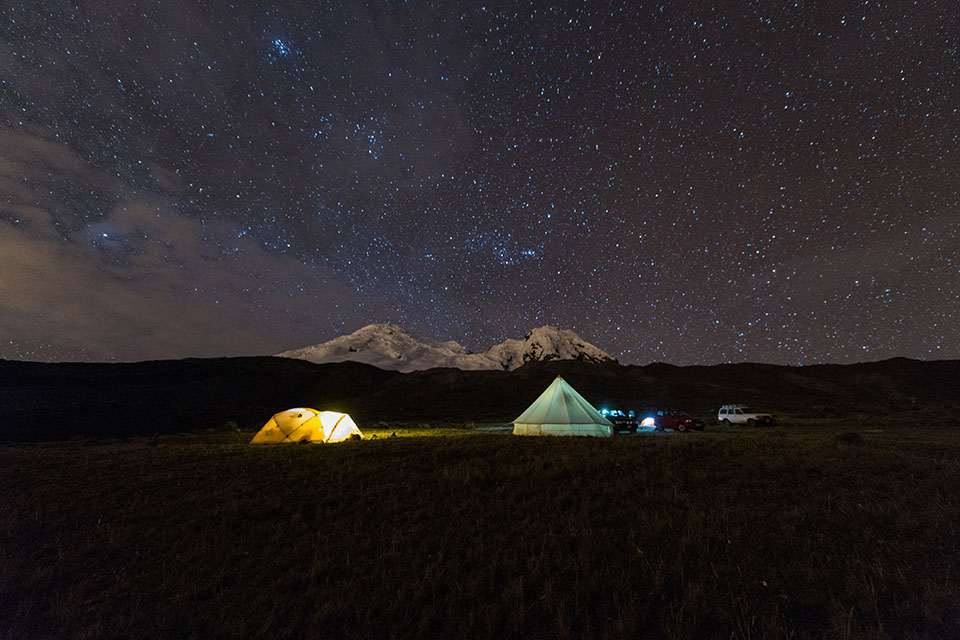 Amazing view of Antisana volcano under the stars.

Elevation: 5,753 metres / 18,870 feet
Type: Stratovolcano
State: Active
Regarded as one of the most technical and difficult climbs in all of Ecuador, Antisana is often revered by climbers and landscape photographers alike for the sheer ruggedness of its slopes, contours and peaks. Most of the time, it is wrapped up in clouds, concealing it from the eyes of many visitors. It’s not until you get close to the volcano itself that you get to appreciate just how large it is. Its surrounding valley is absolutely gorgeous and is home to plenty of wildlife, with occasional wild deer roaming about in the open! Nearby La Mica lake is where visitors often like to go fishing, too. 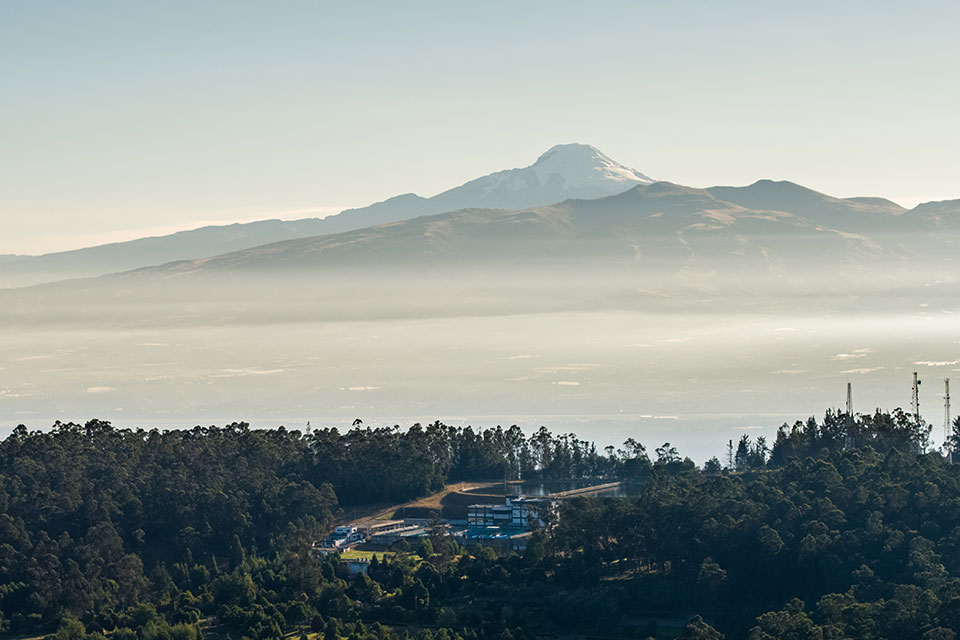 Stunning Cayambre volcano from the distance.

Elevation: 5,759 metres / 18,991 feet
Volcano Type: Conical stratovolcano, landslide scarp
State: Active
One of the second most-climbed volcanoes in Ecuador after Cotopaxi, many climbers often misinterpret its lower altitude for it being an easier climb. But really, Cayambe is actually much harder to climb than Cotopaxi due to the constant winds that sweep in from as far away as the Amazon jungle! On your way to this majestic volcano, visitors can try out some bizcochos (biscuits) down in the city of Cayambe that sits at the base of the volcano. Tip: Turn right at Cayambe’s cemetery to get in some of the best bizcochos in Ecuador! 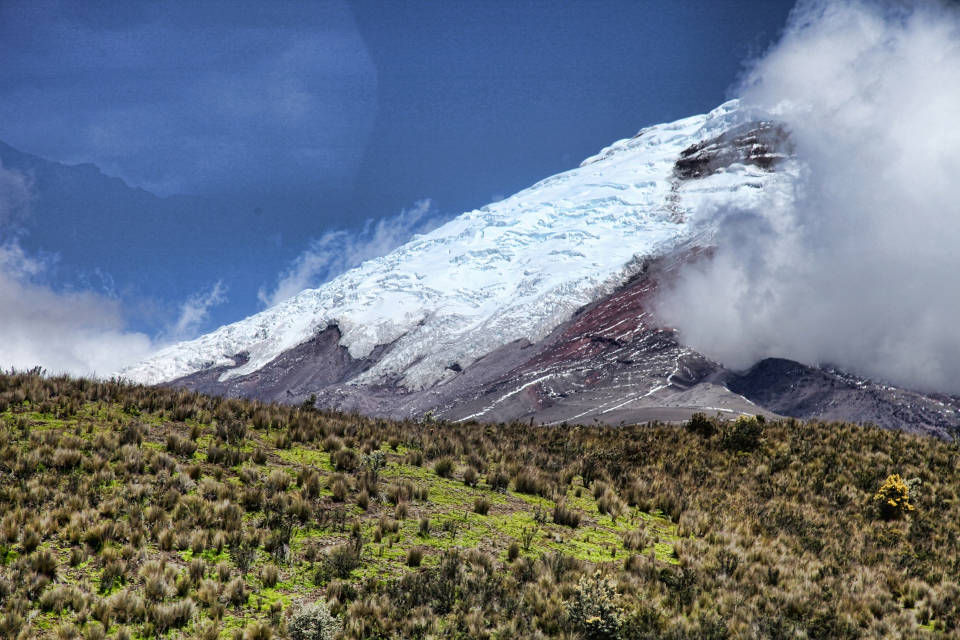 Elevation: 5,897 metres / 19,347 feet
State: Active
Its name means cuello de luna (neck of the moon) in kichwa, and it is regarded as one of Ecuador’s favourite volcanoes thanks to its nearly perfect conical shape (not unlike Mt. Fuji) and gorgeous snow-capped peak. It is by far one of the most-climbed volcanoes in Ecuador and is also one of the most visited, thanks in large part to it being so close to Quito (around an hour away). Something else is that you can get your vehicle pretty close to the refuge. From the parking lot, it should only take around 30-minutes to hike up to if you’re in good shape. Around Cotopaxi Volcano and within the National Park itself, you can find other spectacular mountains and volcanoes (such as Sincholagua and Rumiñahui), as well as a beautiful lake (Limpiopungo) to admire. Heads up mountain climbers: A view from the top of Cotopaxi is like a cherry on top of the vanilla scoop of ice cream that it is, and makes the climb more than worth it.

Chimborazo (Highest of all Volcanoes in Ecuador & the closest point on Earth to the Moon!) 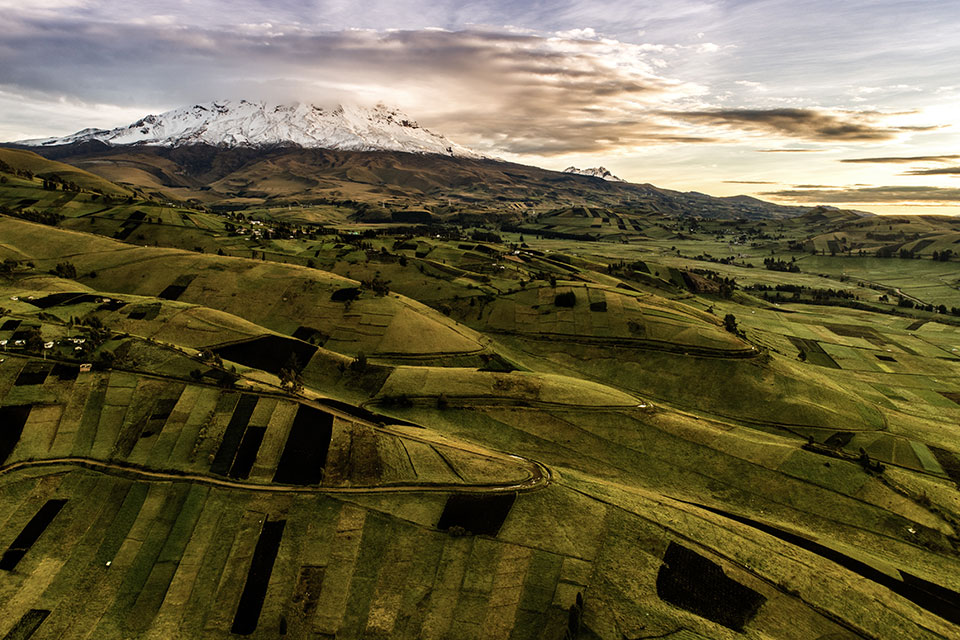 Elevation: 6,263 metres / 20,548 feet
State: Potentially Active
This massive piece of glacier can actually been seen all the way from Quito on a very clear day. A 3-4 hour drive brings you in even closer to just how big this volcano really is, and it’s a truly breathtaking piece of this Earth. Chimborazo is surrounded by a dessert valley that’s inhabited by vicuña camelids. Edward Whymper was the first person to actually climb and summit this colossal beast, which is why the main summit is named after him. For mountain climbers, it’s a tricky chunk of terrain – not because of how technical it is, but because it just takes so long to climb. Reaching the top will earn you the bragging rights to saying that you made it to the furthest point on this planet from the Earth’s centre!

Chalupas (One of the world’s 7 megavolcanoes!)

Elevation: 4,000 metres / 13,123 feet
State: Potentially active (hopefully not)
With a caldera that spans the length of 16 kilometres (10 miles) in diameter, Chalupas is one of the world’s “megavolcanoes.” The last time it erupted was 211,000 years ago, when it managed to cover a remarkable 2,000 square kilometres (1,242 square miles) of the inter-Andean valley with its flows.

Elevation: 4,794 metres / 2,978 feet
Volcano type: Stratovolcano
Quito’s very own pair of volcanoes! And this might sound odd to those that aren’t used to having them so up close, especially when you consider that they’re both active. Both make for really easy and fun day-hikes, as they’re literally right there rising up beside the city. Usually, visitors use their morning to go to the summit (particularly Rucu) which is made easier by those who choose to make use of the Teleferico. If you don’t want summit it, you can just walk around some of the marked trails up top. Guagua Pichincha actually exploded nearly two decades ago, covering Quito completely in ash and creating a bit of chaos at the time. For visitors, Pichincha Volcano from below is always an impressive sight to sit down to and let your eyes marvel at the beauty that it is. And there’s no better place to do so than at Casa Gangotena, located right in the heart of Quito’s Old Town. 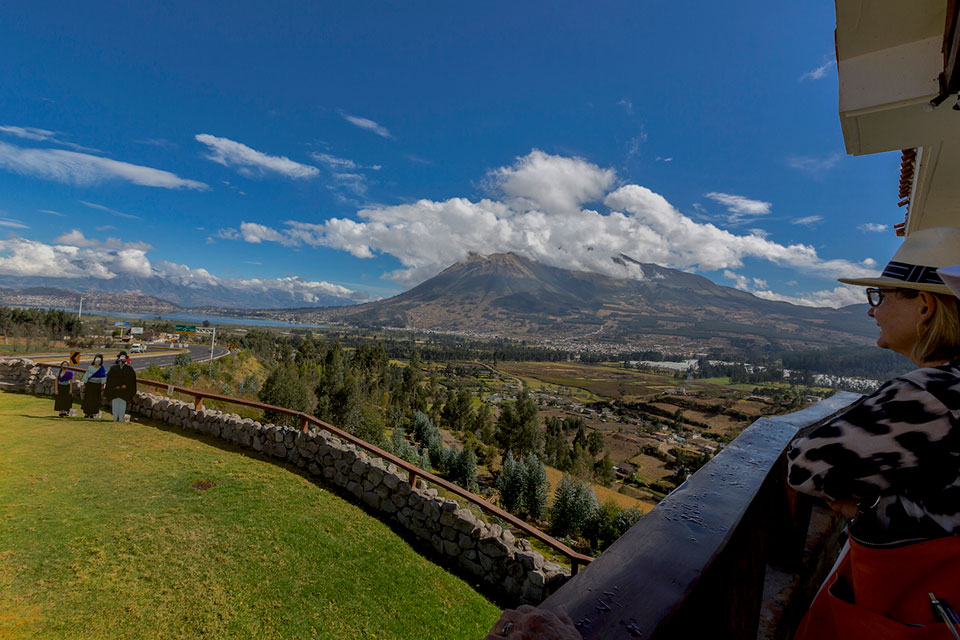 Elevation (Taita Imbabura): 4,620 metres / 15,157 feet
Volcano Type: Composite stratovolcano
State: Inactive
This extraordinarily large volcano looms over spectacular San Pablo Lake. It’s a ridiculously tall abd serves as a popular hotspot for people training to climb Cotopaxi or any of the other big volcanoes in Ecuador. It has two summits, and its magnificent crater can be seen once you approach its second summit. Usually, to climb it, people go through the small village of La Esperanza. Everyone always makes it a point to take their picture with this lovely volcano on the way to the colourful Andean town of Otavalo. Tip: Don’t miss out on the handicraft market (Plaza de Ponchos) when visiting Otavalo! 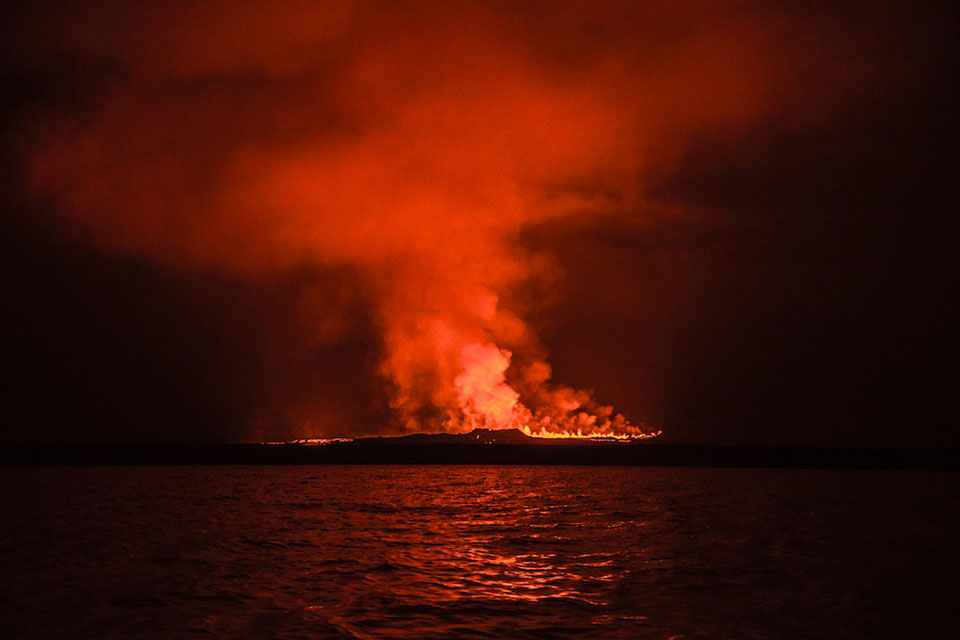 Elevation: 1,124 metres / 3,687 feet
State: Active
The world’s second largest volcanic crater. It is one of five volcanoes found on the island of Isabela in Galapagos, and is situated down towards the south-eastern end. The crater itself has a ridge that is 14 kilometres (8.6 miles) long!

Maximum elevation: 3485 metres / 11,433 feet
State: Active
Reventador’s (literally the exploder) name says it all – it is a volcano that is constantly exploding and is quite spectacular to watch. It’s located not all that far from Baños.

Elevation: 5,230 metres / 17,158 feet
State: Active
A snow-capped volcano in the middle of the Amazon basin with an iconic conical shape. Geologically, it is one of the most active volcanoes in Ecuador in spite of only having erupted 3 times. Why? An eruption that started back in 1934 is still going to this day!


Let our Destination Experts guide you!

likethis
What's your reaction?
Useful
100%
Not useful
0%
Posted In
Nature and History
Tags
You might also like
Read More 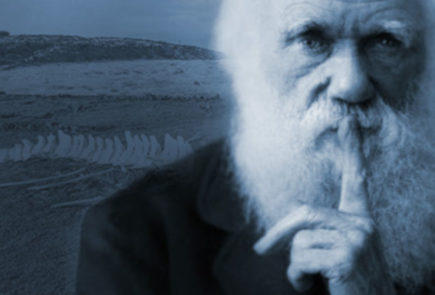 Charles Darwin in Galapagos: Metropolitan Touring Commemorates the Arrival of the Famous Naturalist in the Enchanted ...
Read More 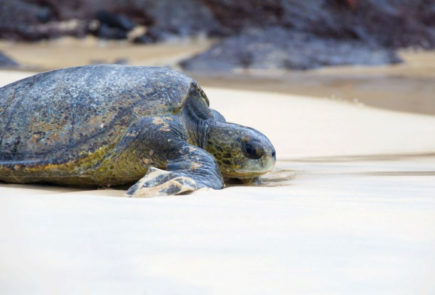 When do Sea Turtle Eggs hatch in Galapagos and how can I see them?
Comments
Leave a response