Unusual Animals of Ecuador (Vol. I)

To speak of the unusual animals of Ecuador is to speak of just how bio-diverse the country is. Mashpi Lodge alone is home to a plethora of exotic and colourful birds –along with a collection of some of the most unique trees in the world, crystal clear waters and much, much more! But the variety doesn’t end there, for Ecuador is replete with a number of regions that are filled with quirky yet fascinating creatures. And for the sake of taking a break from our beautiful and unique BIG15 list of iconic species in the Galapagos, we present you with this blog which briefly examines a modest collection of the unusual animals of Ecuador! More to come!

With a green plumage that draws your eyes in, there’s also something else to this bird that manages to captivate our senses, and it’s found in their behavior. What makes the green-backed heron so fascinating in particular is the way they interact with their food. It’s no easy feat catching prey on land, but the green-backed heron chooses to up the ante by going against the odds and, in turn, using said prey (that they usually catch on land) as bait!

That’s right, these birds are willing to gamble away a perfectly fine meal by dropping it in the water in hopes of reaping bigger rewards – such as the protein-packed fish. Consequently, this species of heron is regarded as a tool-using species. 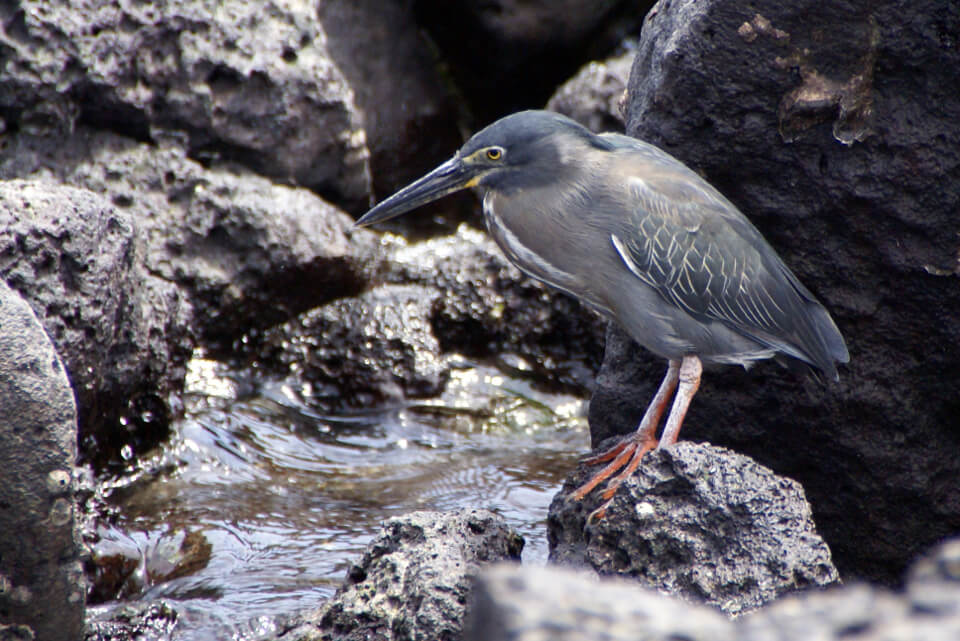 Potoo: One of the More Feathery Unusual Animals of Ecuador

Standing tall and rigid on the trees and branches throughout the Amazon are the potoo. It’s a creature that the untrained eye would hardly ever notice due to the fact that they’re just so good at blending in and standing still.

Are you watching closely? That’s right, the potoo camouflages almost perfectly with the branches of a tree, often keeping its eyes closed throughout the day while remaining completely still.
So why so stoic in plain daylight, you might ask? Because they’re highly nocturnal, and often times never fly during the day. Most of their day, in fact, is simply spent perched up on the branches, idly using their unique and powerful eyes (which remain half-closed while still being able to detect objects around their surroundings). Should they ever actually open their eyes during the day, well, spectators are in for a slightly terrifying treat…

They use these to go hunting for insects at night. Yet most of the day they’ll remain perched on the branch like flycatchers awaiting prey. Beetles are often the main source of their diet, but occasionally they’ll opt for moths, grasshoppers and termites.

Marsupial frogs are named as such because they have what’s referred to as a “dorsal brood pouch.” The eggs of these highly unique frogs are kept in said pouch, which keeps them wet and oxygenated.

In some cases, the eggs are fertilized right there on the female’s lower back and then placed and stored inside her pouch with the help of the male, who uses his toes to push them in.
This is just the first round of our collection of unusual animals of Ecuador! Stay tuned for me! And be sure to start planning your trip this beautiful country with us today!

likethis
What's your reaction?
Useful
67%
Not useful
33%
Posted In
Blog, Ecuador
Tags
You might also like
Read More