The International Day of Forests, Galapagos Style: The Uniqueness of Galapagos Forests

Today we celebrate International Day of Forests, and the Galapagos Islands are no exception. But things are not always what they seem, as is typical for the archipelago.

It’s Not a Tree, It’s a Giant Daisy

The most common species in the Galapagos forest is actually not even a tree, rather it’s a scalesia plant (which is a giant member of the daisy family). It can grow up to 20m in height, with a 60cm circumference trunk, nonetheless, when looked up close, it looks more like a shrub than an actual tree. The scalesia is also a species that grows fast, reaching up to 4m in its first year.

Scalesias are endemic plants in Galapagos and only grow on the highest parts of the islands, typically between 400 and 700m above sea level. Due to the islands high level of humidity, epiphytes (a type of plant that grows on other plants) cover scalesias, making it possible for epiphytes to take the moisture directly from the humid air rather than the soil.
All scalesia forests on the islands are roughly about the same age. This means they created a uniform canopy cover above the forest floor, the shadow of which prevents other individuals from growing. The down side to this kind of growth is that it can lead to sudden and harsh reductions of the scalesia population. One of the main causes are natural weather patterns, such as the El Niño phenomenon. When such events happen, the roots of these giant daises tend to weaken. This in turn makes the plants fall over and gives other species the opportunity to grow. Thanks to the direct access to sunlight after the fall, a new generation of forest emerges. 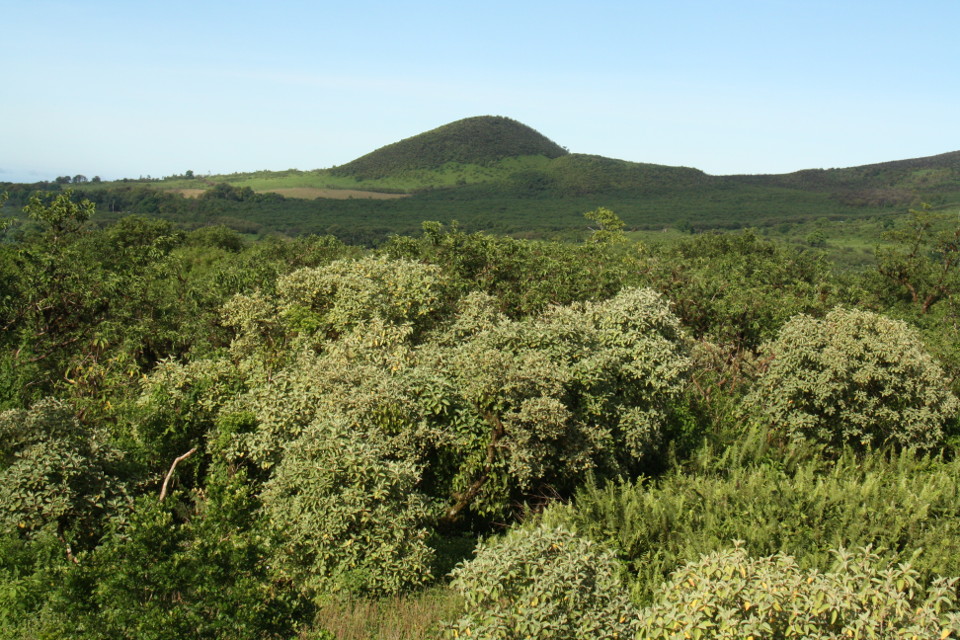 The human factor is also a threat to the species. This is due to the fact that the soil they grow in tends to be the most fertile on the islands. Large areas of scalesia forest have been turned into agricultural land and animal farms. This has caused the introduced species (such as the guava or the raspberry) to compete for space and nutrients, making it harder for native flora to grow.
Farm animals, like pigs and goats, have also become a major threat not only for endemic wildlife. They threaten endemic vegetation as well. These animals tend to feed on emerging seedlings and trample over anything that crosses their path.
Private and public organizations, along with the Galapagos National Park, monitor invasive species and hold conservation and reforestation efforts. Still there is a lot of work to be done. Human activity on the islands went unchecked for a long period of time. Now is the time to start the recovery of these unique, yet fragile, ecosystems. 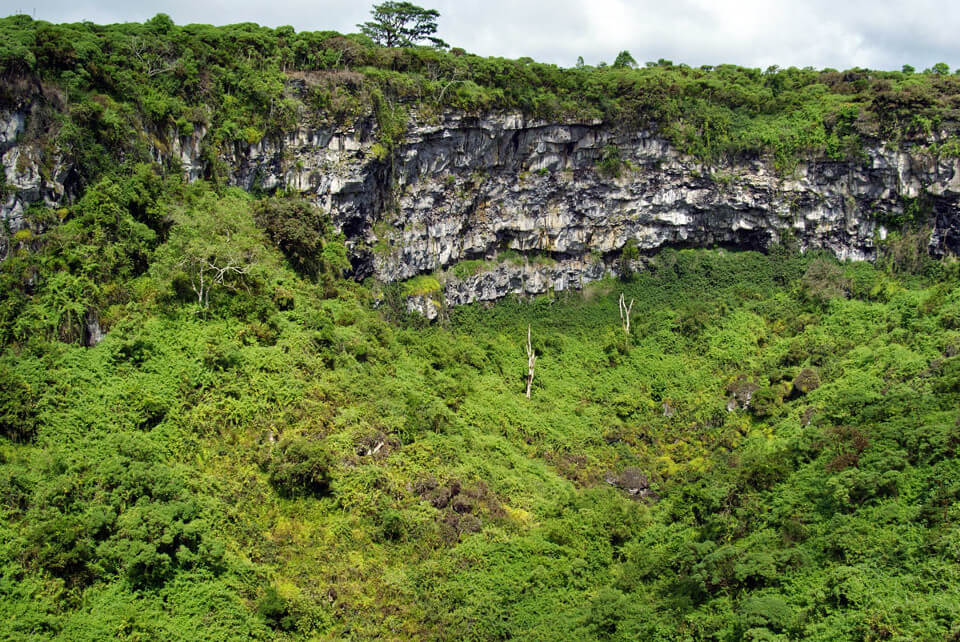 It is important that tour operators follow the park’s regulations when visitors come to the archipelago. This is so that the effects of human interference are felt as little as possible and so that beaches and visiting sites are left undisturbed. As a company with more than 60 years of experience in the archipelago, we are committed to its preservation through the sustainable management of our Galapagos Cruises and hotel on Santa Cruz Island. We involve our crews and teams in our conservation efforts. Our guests participate in our efforts as well by choosing Metropolitan Touring. We are devoted to the protection of this natural reserve and all other reserves like it.
This will ensure that future generations enjoy the beauty of the Galapagos for many years to come! Happy International Day of Forests!