The Restoration of Pinta Island

The restoration of Pinta Island comes after a long struggle. Over the last 200 years, Pinta Island in the Galapagos Archipelago has been witness to the horrific destruction that humans can cause within an ecosystem, but fortunately it has also been the site of a highly successful ongoing restoration project. Thanks to modern technology and updated mapping techniques, experts and conservationists are well on their way to its complete ecological restoration of Pinta Island, home to the late Lonesome George, the world’s most famous tortoise.

The Destruction of Pinta Island

The death of Lonesome George in 2012 – the last of his species of Pinta giant tortoise – was the end of an era for many conservationists and environmental activists around the world. However, George was merely the final chapter of two centuries of devastation wreaked on the island by whalers. Whalers began to arrive to the Galapagos Islands in the late 1700s and did not take long to leave their mark on the islands. Once it was discovered that giant tortoise meat was not only delicious, but that the tortoises could live for over a year without fresh water or food, these colossal creatures were captured by the hundreds and killed by the thousands.
The 60 sq. miles of Pinta were simply unable to withstand the alteration that this change to the wildlife populations caused to the ecosystem and, to make matter worse, once the tortoise population was decimated, fishermen introduced goats to the island to ensure they would have a source of food during their long fishing trips. By the 1970s, the goat population had grown to over 40,000 and, as goats are opportunistic feeders, they caused extreme ecosystem degradation, plowing down forest habitats and natural vegetation. Pinta Island was most likely the worst hit of all islands in the Galapagos Archipelago.

The Park Gets to Work on the Restoration of Pinta Island

With the formation of the Galapagos National Park in 1959, scientists and conservationists began to work fervently on preserving endemic Galapagos species and the ecosystems that they live in, while eliminating introduced species. In the 1970s, goat numbers were significantly reduced on Pinta and declared eradicated in 1999 thanks to new technology and improved mapping and data management systems. It appears the goats were removed from the island just in time, and none of the vegetation was eaten to extinction. A survey carried out in 2004 revealed that vegetation was rapidly recovering. 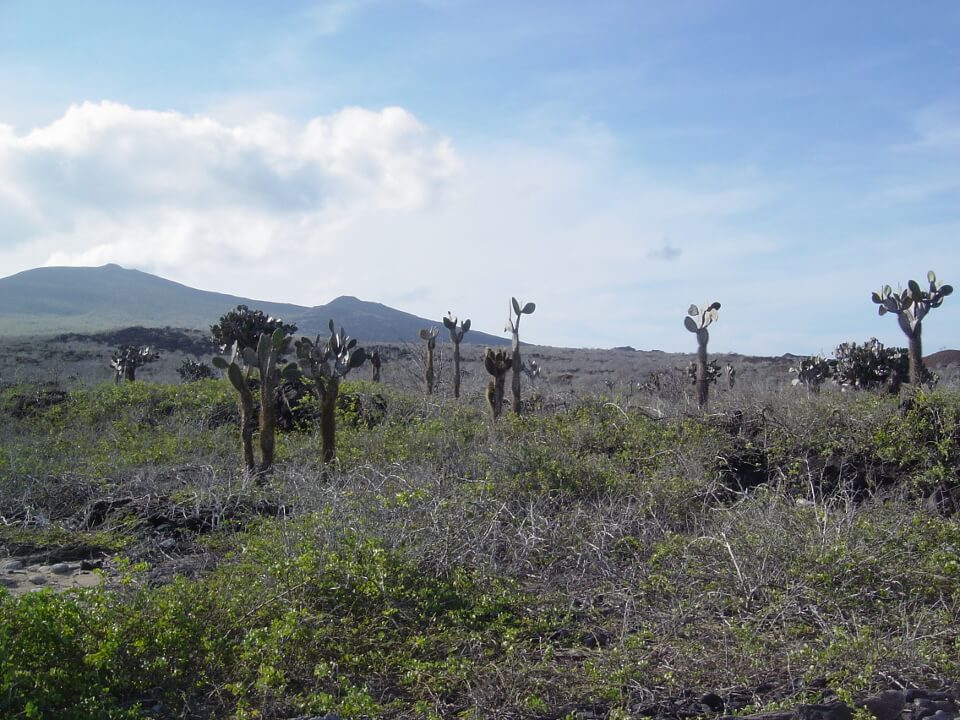 Nevertheless, the extensive restoration of an entire island is not as simple as throwing seeds about and letting nature take over. Due to the devastation of the tortoise population, there was no longer a natural herbivore to keep the vegetation in check (Lonesome George was taken into captivity in 1972). As a result of this, a few of the endemic plant species were suffering from competition with other plants, particularly those that require significant amounts of light (ex. Galapagos Cotton, Darwin Aster). There was also concern for plant species with large seeds, as there were no longer large-seed dispersers present on the island. Not only did the Pinta tortoises control vegetation through consumption, but also as they trampled over the plants, opening up small areas and aiding in seed dispersal. It became clear that reestablishing a tortoise population was going to be necessary for the restoration of Pinta Island, but how would that possible if the island’s endemic species had gone extinct in 2012? 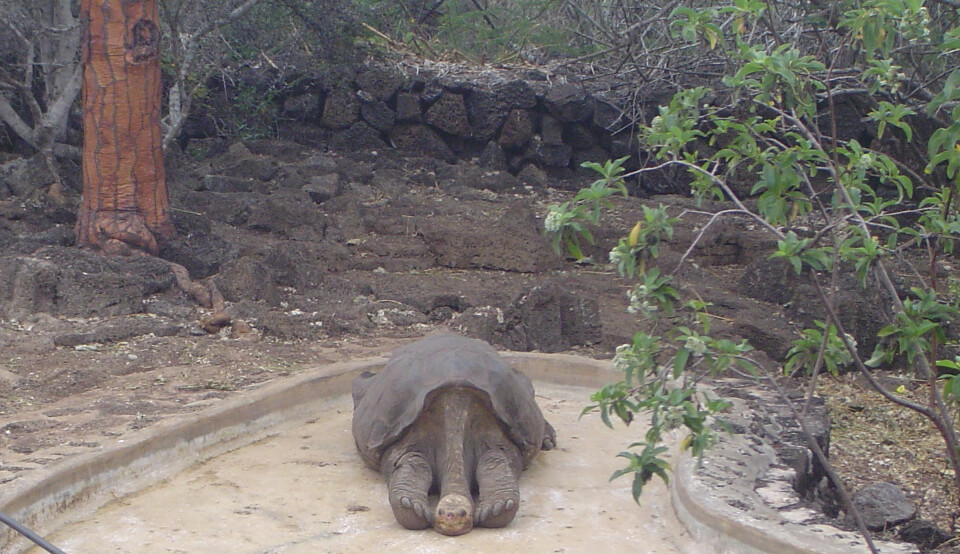 Reestablishing Tortoises in the Islands

In May of 2010, 39 sterilized hybrid adult tortoises were transferred to Pinta to begin habitat engineering. These tortoises were monitored to better understand their movements, habits and also their impact on the ecosystem. This research was continued the following summer, and experts began to prepare long-term management plans for Pinta. The goal was not only to understand the best strategies for future introductions of tortoises, but also to understand how they alter habitats.
However, to the great surprise of the scientific community, at least 17 giant tortoises with partial Pinta Island ancestry were unexpectedly found on Isabela Island; in other words, the death of Lonesome George did not necessarily signal the end of the species. This is fantastic news for Pinta Island, as the incorporation of tortoises with Pinta genes is ideal for the complete restoration of the island. The successful introduction of reproductive tortoises means that near pre-human conditions can be reestablished- a miraculous feat.

likethis
What's your reaction?
Useful
75%
Not useful
25%
Posted In
Galapagos, Nature and History
Tags
You might also like
Read More