Pirates of the Galapagos Islands 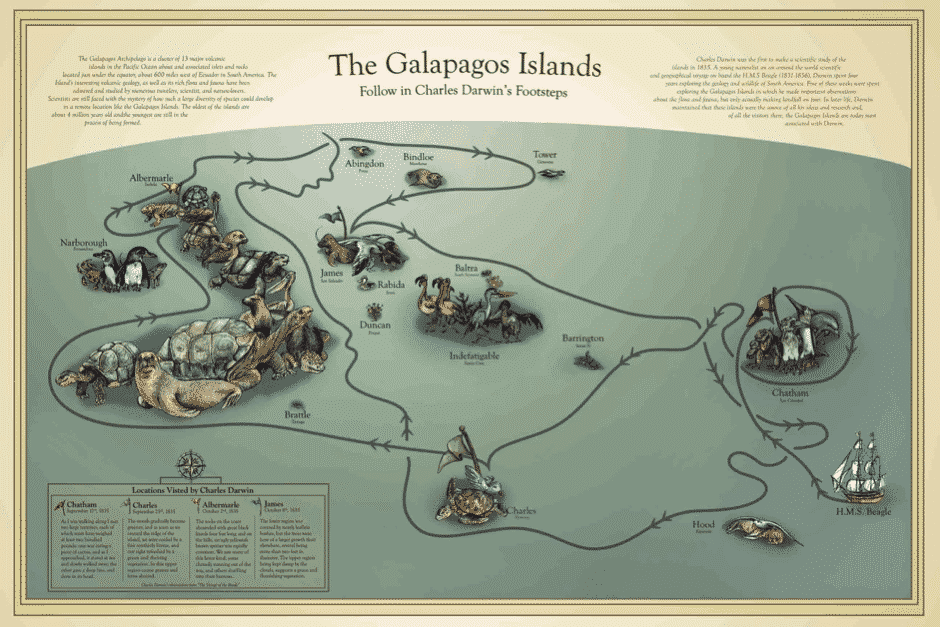 The Galapagos Islands are well-known around the world for their astonishingly diverse ecosystems and peculiar fauna.

The Galapagos Islands are well-known around the world for their astonishingly diverse ecosystems and peculiar fauna – not its pirates! Famous scientists have come to the Galapagos to study these biological wonders; Charles Darwin even based his theories on natural selection and “The Origin of the Species” on what he saw during his travels to the islands. The human history of the islands has thus been relayed to the background, hardly ever paid attention to by those who visit.

It might seem surprising that a small, isolated archipelago, well over 500 miles off the South American coast, could have such a rich anthropological history. However, the Galapagos’ strategic location have made it a key player in the area. In fact, the islands were a preferred port for some of the Pacific Ocean’s most well-known pirates.
The Galapagos are conveniently located at a midpoint between South America and Central America, two geographic areas that were of profound interest to European powers because of their immense riches. Gold, silver, and exotic foods were transported across the continents to the Caribbean Sea, where they were quickly shipped off to Europe and sold at exorbitant rates. These changes transformed the western coast of South America into a heavily-transited shipping lane, chock-full of ships filled to the brim with valuable items.
Given these newfound riches, it was only time before piracy would rise to seize its share of the profits. The Galapagos Islands provided an ideal place for such undesirables to make port; its location was sufficiently guarded so that pirates could retreat there after a loot, but close enough so that attacks on European ships could be carried out quickly and conveniently. 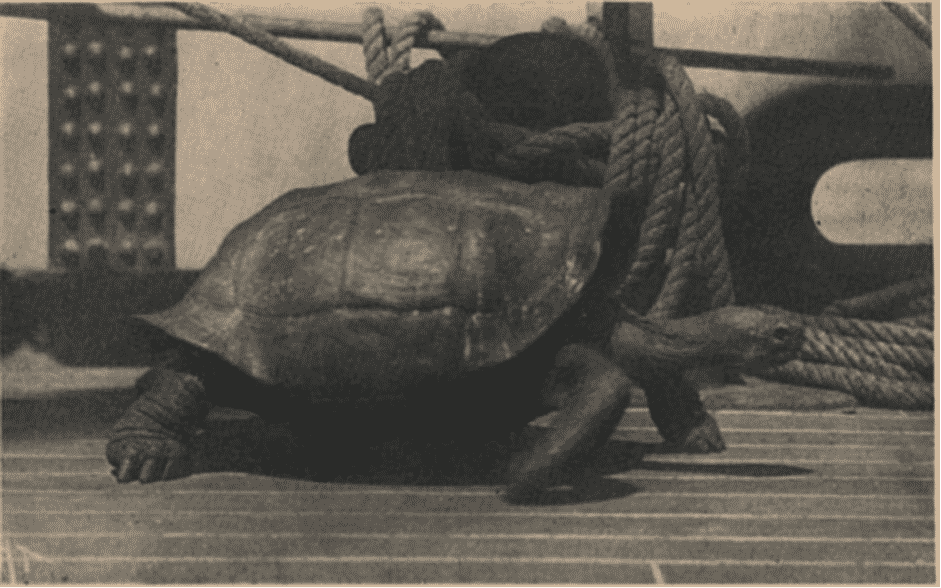 The islands also offered another convenient element: tortoises. Long voyages at sea were highly exhausting endeavors, and making sure that there was enough food for everyone on board was nothing less than a logistical nightmare. The Galapagos Tortoises were used by pirates and sailors alike as a convenient way to store food; they could live without water or food for months on end and provided a hefty supply of protein.

Francis Drake was the first buccaneer to traverse the islands and use them as a useful port from which to carry out loots. Buccaneer’s weren’t exactly pirates (although, really, for all intents and purposes they were!) – they served the British, Spanish, or French crowns and were used by these European powers to reduce the influence of their competitors. Francis Drake was one of the most fearless and most-celebrated buccaneers of his time. 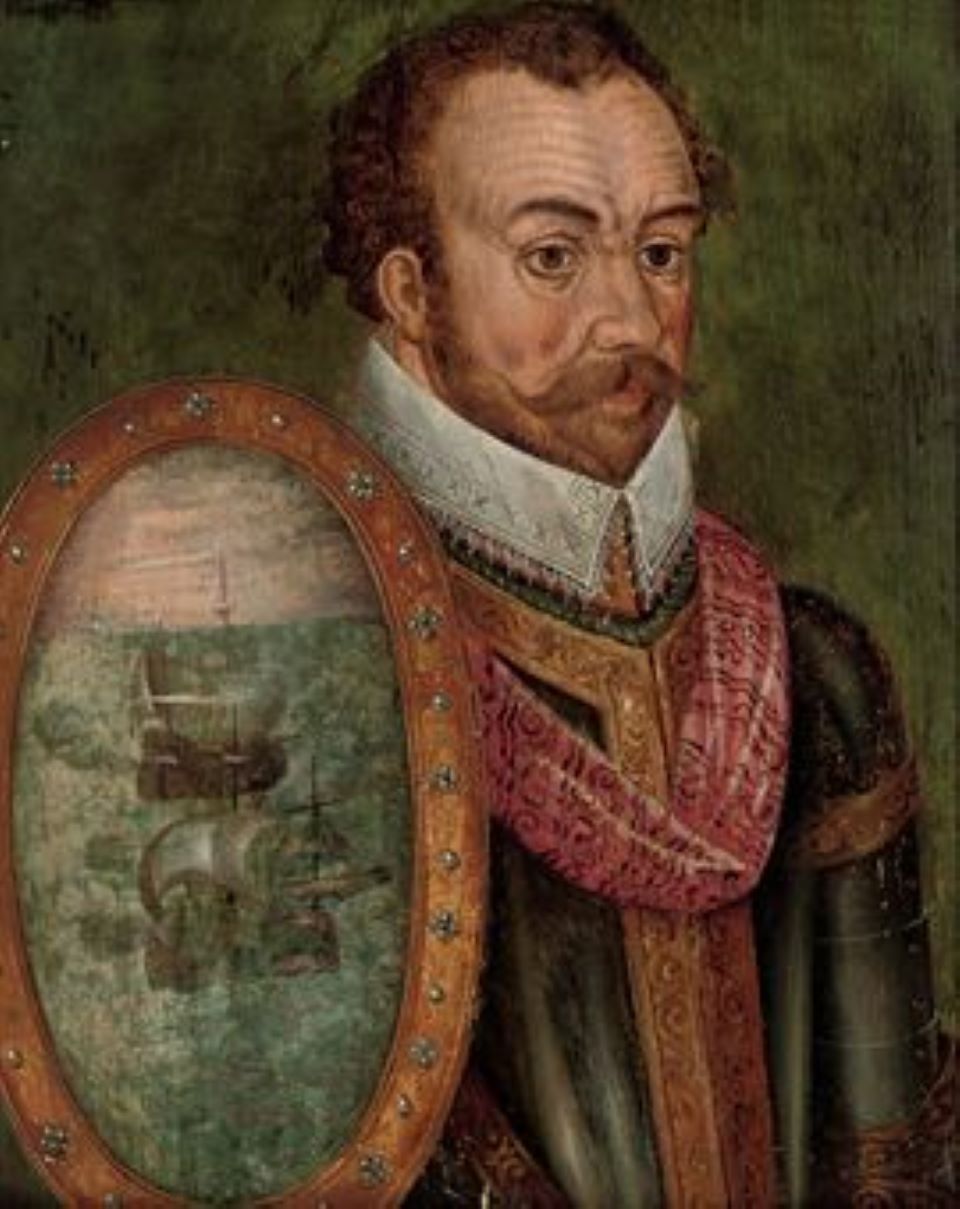 Francis Drake was one of the most fearless pirates. Photo credits: Lisby.

Other famed buccaneers to make port in the Galapagos were the Englishman Richard Hawkins and the Dutchman Jacob L’Hermite Clerk. Hawkins carried out a series of raids on Spanish ships off the South American coast before surrendering to the Spanish off the coast of Ecuador. L’Hermite also carried out several raids on the coastline, using the Galapagos as his port of retreat. 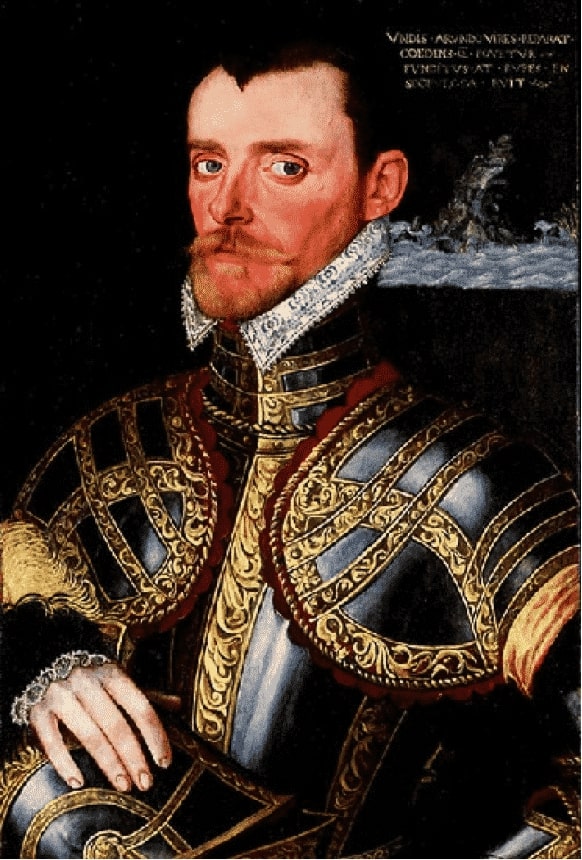 These buccaneers never settled in the Galapagos due to its inclement conditions, choosing instead only to make port in them due to their strategic location. However, there are still many areas in the Galapagos where the presence of pirates can be easily inferred. Due to the severe lack of fresh water in the islands, the buccaneers constructed several caves to protect the few freshwater sources they could find.
One of the main ports used by visiting buccaneers was Buccaneer Cove in Santiago Island. Although presently uninhabited and seldom visited by passing cruise ships, its bay provided an ideal location for buccaneers to make port and repair their ships after a raid.
Ready to delve deeper into the Galapagos? Plan your next tour today!

likethis
What's your reaction?
Useful
100%
Not useful
0%
Posted In
Activities, Galapagos
Tags
You might also like
Read More 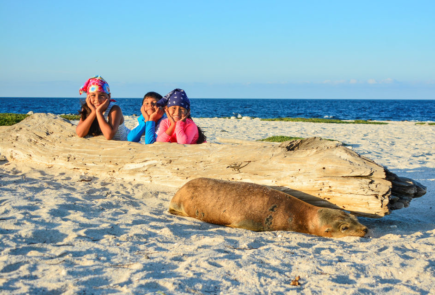 What activities are there for kids in the Galapagos Islands?
Read More 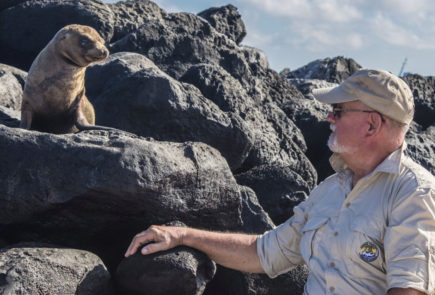 How difficult are the activities in the Galapagos Islands?
Read More 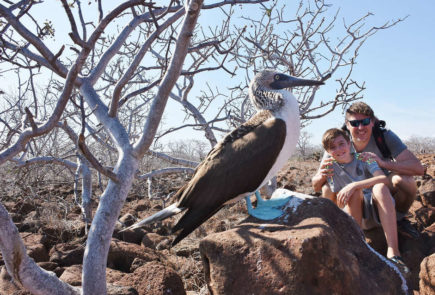 What kind of activities and entertainment services are available for kids on a Galapagos cruise?
Comments
Leave a response