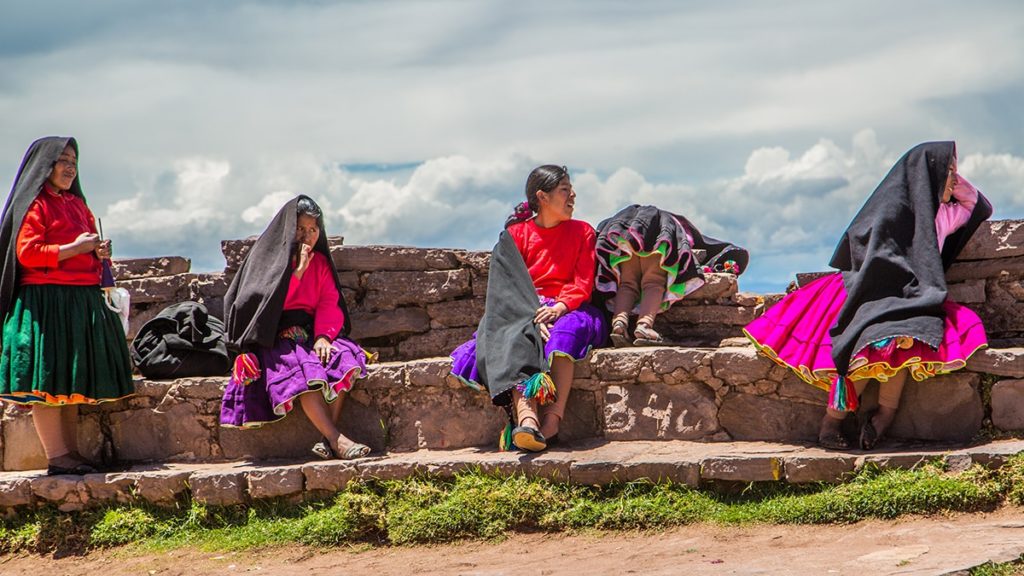 Visit the amazing city of Puno by the shores of Lake Titicaca and discover more about the Inca Empire.

The Culture´s Cradle
According to Inca mythology Manco Capac and Mama Ocllo, children of the Sun, emerged from the depths of Lake Titicaca and gave birth to the Inca Empire, cradle of this civilization. The city of Puno is located on the shores of Lake Titicaca, the highest navigable lake in the world and source of life for the towns existing on the area. Puno is a festive town with many colorful village celebrations.
The habitants of the Uros, one of the oldest native communities of America, live today on floating islands much as their ancestors did thousands of years ago.
Nestled in a vast highland plain in the Puno region between Peru and Bolivia, Titicaca is the world’s highest navigable lake, at 3,820 meters (12,500 feet). It covers an area of over 8,300 square kilometers (3,205 square miles).
The lake is also home to the floating islands made of reeds that are populated by the Uros, descendants of a nearly-extinct culture which used Totora as material in the construction of houses and rafts . Also attractive are the islands that maintain their ancient social and farming systems: Taquile, Amantani and Suasi. Also, it is the habitat of birds, such as the parihuanas (Phoenicopterus chilensis); of fish, like the carachi (Of the orestias spp species), suche (trichomycterus punctulatus or trichomycterus rivulatus) trout and Peruvian silverside; and of totora (cattail or reed) a water weed which can be as high 3 m.tall.
Located on the Plateau of Collao, Puno offers visitors magnificent pre Hispanic funerary monuments made of stone in the shape of circular towers, chullpas (tombs), colonial architecture, as does the town of Juli, famous for its fours 16th and 17th churches and rusty ichu-covered natural landscape projecting a spectacular view of the way of life in the high Andean tableau or Peruvian altiplano.
These areas are home to different cultures, such as the Aymara, Quechua, Uro, Pacaje and Puquina peoples who, following the Spanish conquest, merged with the elements of the Western Culture, producing a rich blend which is currently stated in the varied cultural, artistic and folkloric expressions.