International Women’s Day 2018: The Women behind the Magic at Metropolitan Touring

Each individual has the ability to bring forth a positive aspect to a job and a workplace. Aside from being specialized in one area or another, people who share their expertise, knowledge and experience are the ones that grow and work better as a team. In Metropolitan Touring, we have found a balance between individualism and camaraderie that has allowed us to become one of the top tourism companies in Ecuador and South America.

Delivering the best products and services is not an easy job, but it’s one that we gladly do because putting a smile on our guests’ faces as they experience the best that Ecuador and the Galapagos have to offer is what we work for. Metropolitan Touring’s fantastic team of men and women give their best every day, but on this special occasion, we will focus on some of the amazing women behind the curtains of our operations. This International Women’s Day 2018, we invite you to get to know about some of the girls responsible for the magical experiences you’ll get to experience when you travel with us! What are some of the women that have influenced you in your life?
A woman that has certainly influenced my life is my mother, who was present all of the time during my childhood. She wouldn’t miss a match, a play or a presentation. She helped us out with our homework every day. I saw how she divided her time between her job and I know the sacrifices she made and all the effort she put into our upbringing. Of my two parents, she was the one that pushed me to dream higher, to shoot for the moon and the stars. She’s the one that took away the fear of the unknown and taught me about the importance of being independent. My father has always been more protective in that way.
What do women bring to the workspace?
It’s true that women are more sentimental, but that also means that we put our heart into everything we do. I believe it’s us that bring that human touch to the workspace, that would otherwise be very rigid and cold. I believe we contribute with our sweetness, tenderness and our peaceful way of finding a dialogue. We aim to calm things down, not escalate them, in situations where men would perhaps be more impulsive. That is how we complement each other in the workspace.

How have women shaped Metropolitan Touring?
Our Executive President and CEO, Paulina Burbano de Lara, is a woman and that says a lot about our company. She empowers every other woman that works here and leads by example. At our company, women are the (slight) majority, but I feel that is a tendency in the tourism industry in general. This might have to do with the fact that the industry focuses so much on the details and that women are so detail-oriented. Another tendency with our company, in particular, is that most of the Vice-president and higher-level positions are held by women, which in Ecuador – a historically male chauvinistic country – is pretty uncommon. Metropolitan Touring is definitely an exception when it comes to these social constructs. To me, that tells you just how much Metropolitan Touring values people for their abilities and experience. Opportunities are given equally, regardless of age or gender. Take maternity for example: in most countries and companies, it’s seen as an obstacle and a nuisance. At Metropolitan Touring, it’s considered a priority and mothers are allowed to manage their schedules more flexible in order to take care of their newborns.
To me, as a woman, it’s important that we continue to open roads for one another. It’s important that we not compete against each other. What are some of the women that have influenced you in your life?
My mother. She was a tough cookie, a real fighter when she needed to be but, at the same time, she was incredibly sweet. She is my best friend. She has led me by example with her honesty, entrepreneurship, and fearlessness that she has always shown in the face of challenges.
Ever since I was little, my life has been filled with many changes, and she was the one to teach us that changes are a good thing and that there will always be a better day ahead of us in spite of tough times.
Paulina (Metropolitan Touring’s CEO) has also had a tremendous influence on my life. Even though we’re the same age, I deeply admire her strength, poise, and vision for the future. Paulina actually breaks many of the local paradigms regarding gender and I’ve learned a lot from her.
What do women bring to the workspace?
Women in general, but specifically women at Metropolitan Touring, have a notably comprehensive view of things. They manage to see things from different angles, too. We pay close attention to both the micro- and macro-details and we look at the company’s dreams and projects in a grounded way. We are innovative while still remaining professionally structured and organized.

likethis
What's your reaction?
Useful
0%
Not useful
0%
Posted In
Awards and Press
Tags
You might also like
Read More 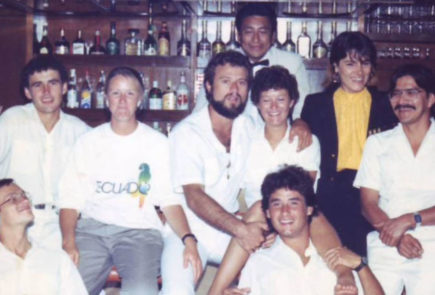 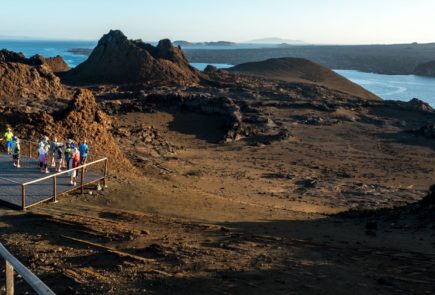 Why Metropolitan Touring is Your Best Option
Read More 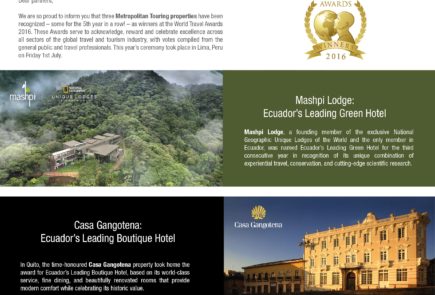 Great News for Everyone!
Comments
Leave a response