The Importance of Sharks in Our World & the Galapagos

It’s not irrational to have a fear of sharks. Their razor sharp teeth, sleek looking body and fins (which make them capable of moving ultra-swiftly), and piercing, black eyes make them seem like creatures that were plucked straight out of a nightmare, almost. But would it be too much a stretch of the imagination to think that these (erroneously) dangerous- and scary-looking creatures are actually helpful to humankind? They are! And they manage to help us in some rather marvelous ways, be it through their actions or what’s under their sleek and silver scales. Read on to find out how these majestic and reverent creatures help our species. 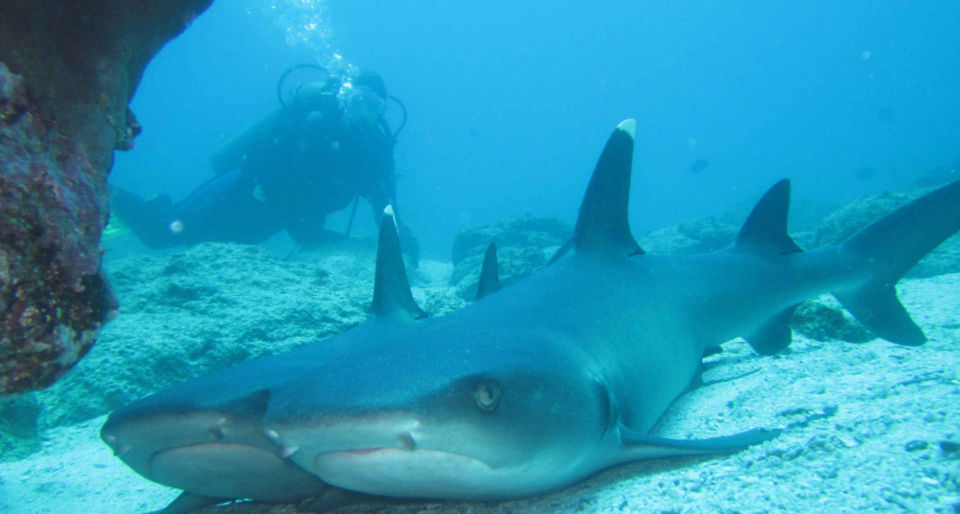 Explore the underwater world at the archipelago.

Slither & Sleep: Sharks have the phenomenal ability to swim while they sleep. Consequently, this has led researchers to carefully study their brains in hopes of finding a way to eventually create treatments for human sleeping disorders.
Cure Infections & Diseases: As bacteria and illnesses become harder and harder to beat with modern-day antibiotics, it seems an answer may be found in the blood of sharks, particularly the dogfish, which has been shown to kill bacterial microbes as well as removing potential tumor cells, even. 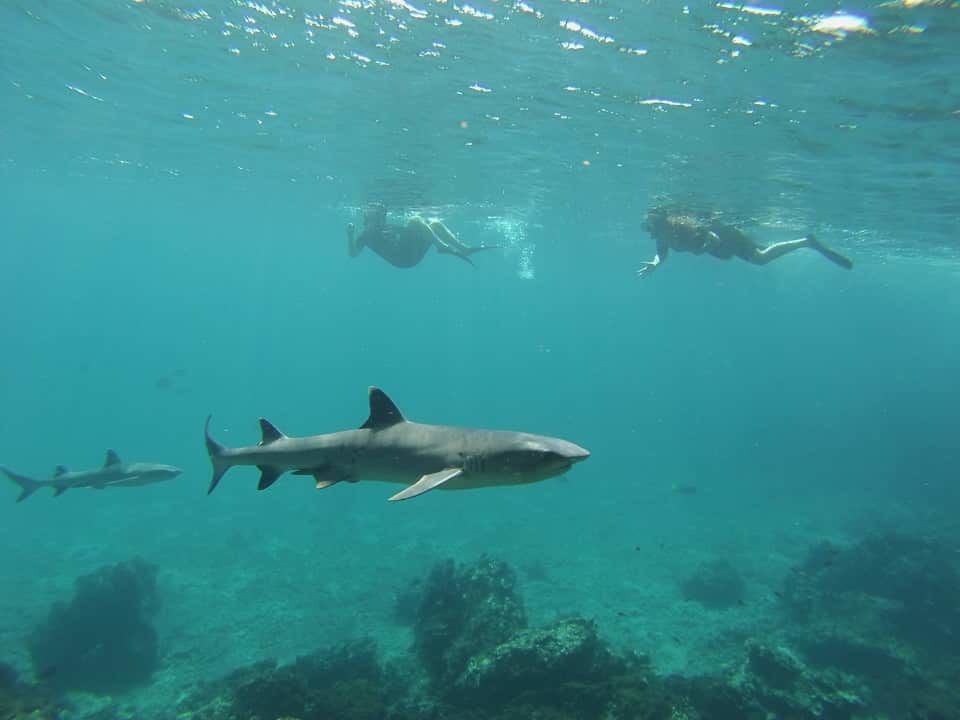 A Healthy Heart: Special anticlotting compounds are found in shark blood, making its study of great importance when it comes to helping with heart disease.
If sharks can save our lives in this sense, should we really fear them killing us?

Aquatic Vaccum Cleaners/Hoovers: Several species of sharks are bottom-dwellers, and these are essentially the scavengers of the ocean that consume dead or dying organisms found throughout the water. This helps rid the ocean of waste an keep the overall population of aquatic life healthy (as they help to eliminate the weak from the food chain). So just think how big of an impact the disappearance of sharks would have on the ocean! 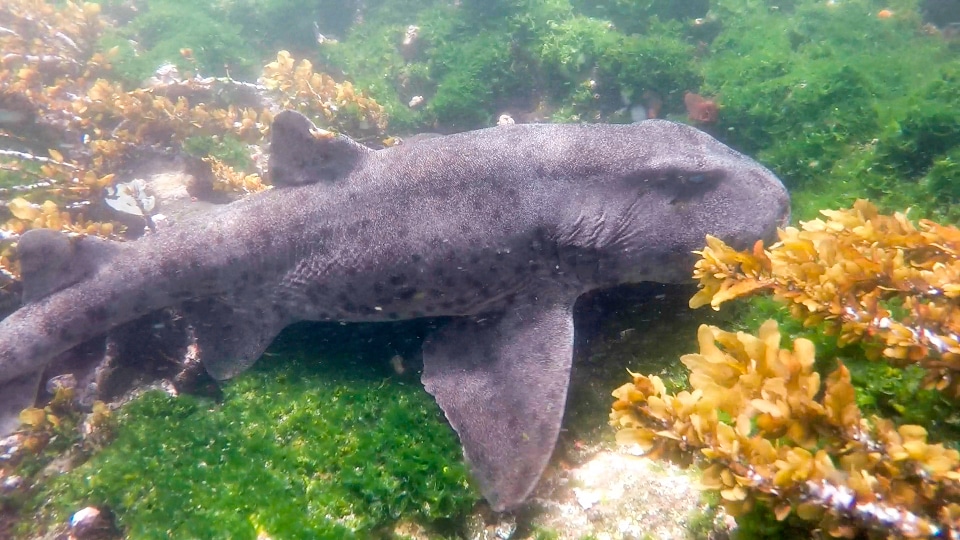 A Cat Shark in Galapagos checking out the bottom sea.

Swift as Scales: Shark scales have the remarkable ability to ward off and even prevent algae and other organisms from parasitically sticking to their bodies. There are engineers now that are hoping to apply such qualities to the hulls of ships so as to give these the same ability.

Local Economies, in this case – Ecuador’s!

Eye-candy: Mesmerizing and magnificent in the way they move, sharks are actually a huge spectacle for visitors of the Galapagos in Ecuador. Whether inside or outside the water, newcomers are always fascinated with just how docile these creatures are as they swiftly move around and pay us humans no heed (as can be experienced on our Northern Islands itinerary for the Santa Cruz II Galapagos cruise). The desire to see these creatures up close has actually helped boost tourism in areas where these majestic creatures are found.

Tourism actually helps to contributes to the Galapagos National Park’s efforts in maintaining and keeping the site protected for all species that inhabit it.
Sharks play a huge number of valuable roles in the ocean, so much in fact that removing them would have serious implications for the ecosystems that live down under. That’s why we as humans must reason ourselves out of fears, and help preserve these truly unique animals, not only here in the Galapagos but throughout the world as well! Biodiversity is key in maintain these fundamental structures throughout the ecosystems, and with 100 million sharks being killed every year, it’s never too late to start changing your mind about how sharks truly should be viewed.