Hot Season in Galapagos: The Right Time to Travel?

The Galapagos Islands experience two distinct seasons: one hot and very sunny and the other dry and breezy. These climatic conditions change the tone of life on the islands and determine what kind of vegetation is flourishing and what kind of wildlife is out in the open. However, the upside of being on a remote island in the Pacific is that there are no seasonal migration patterns – it’s too far away for the animals to leave for part of the year. So no matter whether you get to witness the dry season or the hot season in Galapagos, you’ll have great opportunities for wildlife viewing. The best part is that if you ever return to the islands at a different time of the year, your experience will be totally different. 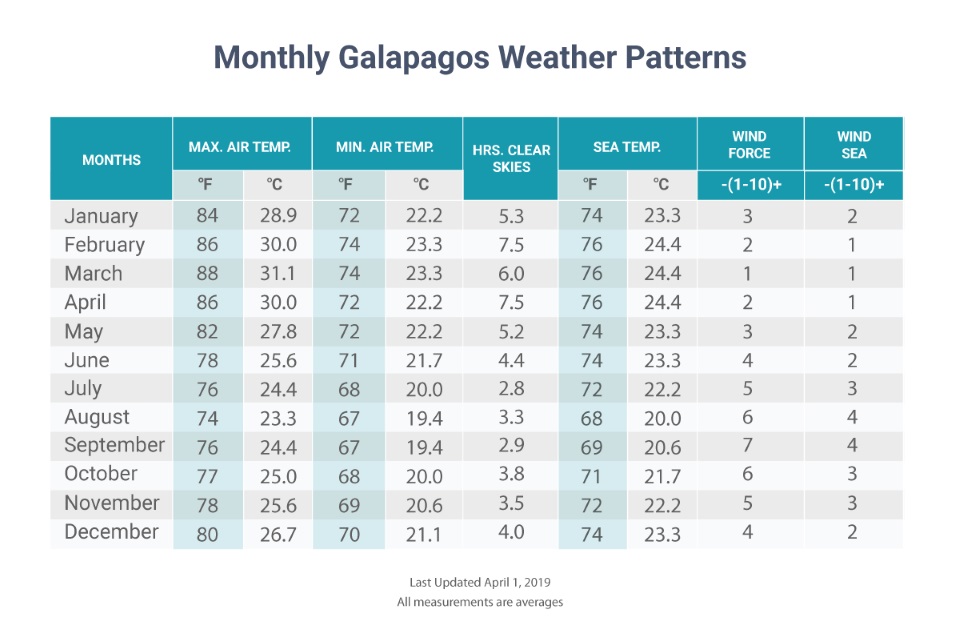 Right now (January-February) we are near the peak of the hot season. Here’s what to expect.

Weather conditions in the hot season

Weather in Galapagos is determined by a combination of trade winds and ocean currents. For that reason, the Galapagos archipelago region enjoys much drier and not-so-extreme tropical conditions like other equatorial areas. This is thanks in part to the ocean currents that reach the islands from the south and west. The Humboldt Current brings cold Antarctic waters up the coast of Chile and Peru and cools the ocean waters that surround the Galapagos. The Cromwell current, a deep undercurrent, coming from the west, brings even cooler water to the archipelago. The subtropical ocean temperatures allow marine life to flourish, while reducing rainfall and decreasing the amount of tropical lush vegetation and some terrestrial life. 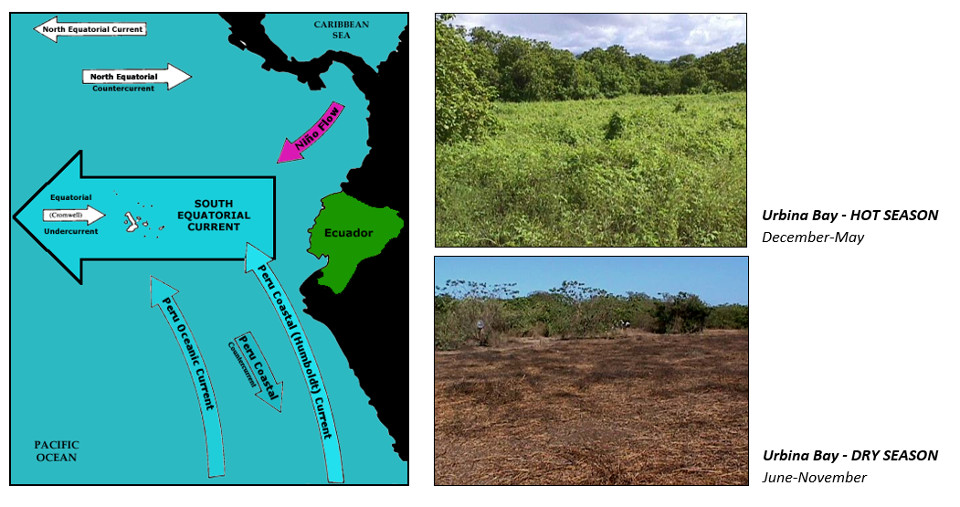 How Galapagos vegetation changes from season to season

Here’s what happens in the hot season: By late December, the ocean currents from the south and the trade winds from the west have weakened. Warmer waters from the Panama current begin to approach the islands and evaporation increases. The water temperatures surrounding the archipelago become warmer while hot and unstable atmospheric conditions begin to develop.
January through April are the hottest months, with average temperatures getting above 78∘F (26∘C). The tropical Galapagos season reaches its peak in mid-March, after which time the cool water currents and southeast trade winds slowly return the islands to the cool, dry season. 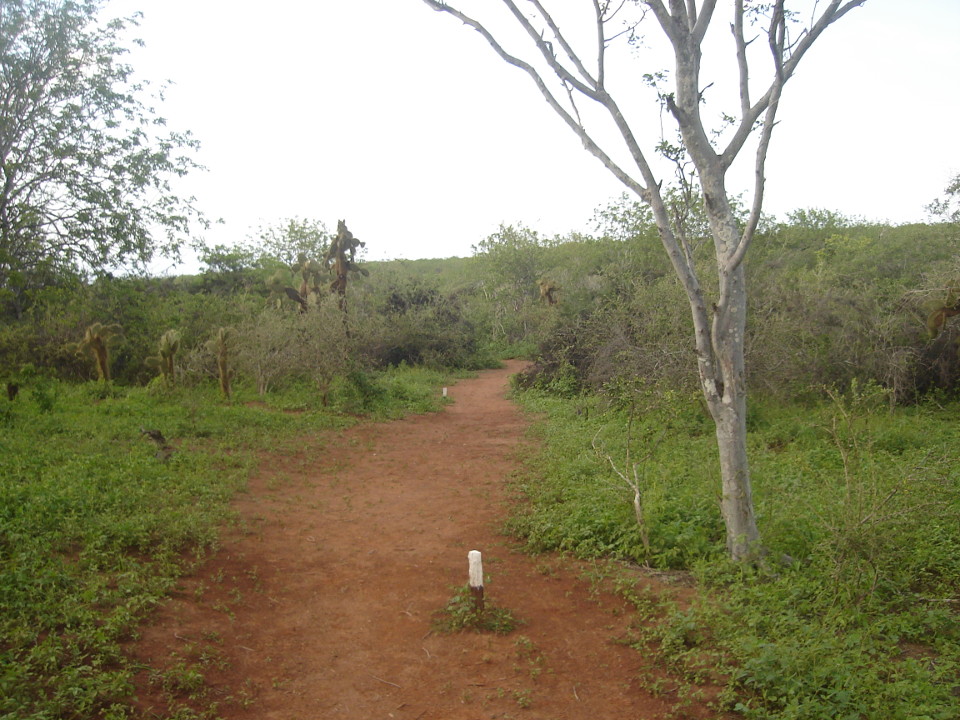 During the hot season in Galapagos, everything turns to a beautiful shade of green.

What the hot season in Galapagos means for your visit

It’s always a good time to go to Galapagos! Travel during the hot season versus the dry season brings its own specific set of wonders. From December to June, the air temperature is significantly warmer than during the rest of the year. On land, vegetation is flourishing, and terrestrial fauna like finches, land iguanas, and tortoises – which depend on the growth of plant life – come out in full force.
It’s also important to remember that the hot season brings in the so-needed-occasional downpours, providing moisture for lush plant life. And as an added benefit, afternoon showers help cool down the air. Hot season is also the time for finding the warmest sea temperatures for both snorkeling and swimming. With warmer ocean temperatures, you won’t need to worry about a wet suit!
Visiting the islands is a special occasion year-round, but the hot season in Galapagos gives you the very unique opportunity to see the islands in bloom, and to relax in warm waters. Check your dates with Metropolitan Touring’s Galapagos special deals to find the season that’s right for you!