Fathers of the Galapagos: Penguins and Teamwork

The intricacies of family structures are not what they used to be some years ago. In the western world, it was common for fathers to go out and earn the day’s bread while mothers stayed at home looking after their kids and taking care of the house. In this day and age, roles have evolved into more collaborative types, where house chores are shared and both parents take turns looking after their children. In this hectic world we live in, this is becoming quite the norm (some might even say it was about time). However, in the natural world, some species have being doing this all along, such as the Galapagos penguin. Not only are they one of the most romantic species – always finding a mate and staying with it for the rest of their lives – but they also resemble a very modern type of family. So, in honor of family and father´s day for this month, here are a few facts about this unique and beautiful species! 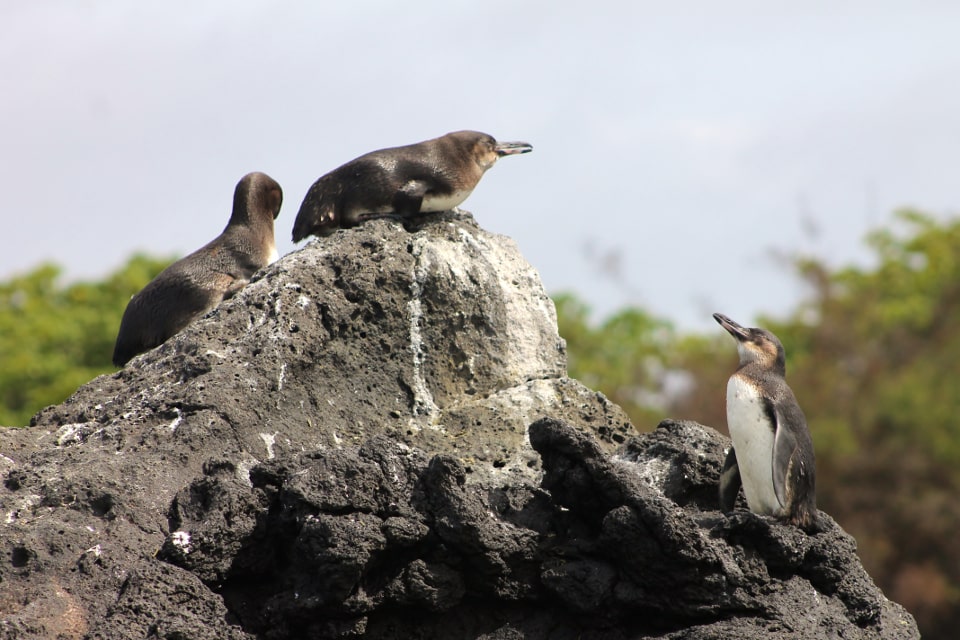 A family of penguins hanging out on the rocks.

It is a well known fact that penguins are one of the few species that mate for life. Of course, Galapagos penguins are no exception. Once they find a mate, both the male and female penguins build their nest on the shores together, some 50 metres away from the water. Their nests are usually built in caves or crevices and are protected from direct sunlight (which can cause the eggs to overheat). They usually lay one or two eggs, which are then incubated for a period of 38 to 40 days by both parents. Once the eggs hatch, parents take turns to take care of the babies. One always stays while the other is away looking for food. This can take several days, so either the father or mother penguin stay on the watch while the other is away. After thirty days, the chicks finally start growing their first feathers, which also work as protection from the sun, rather than the cold.
In the end, it is not only nice to see how these beautiful creatures have adapted to a warmer and tropical weather, but also taken on warmer and more holistic attitudes towards the nature of a family.

The Galapagos penguin, or Spheniscus mendiculus, is the only penguin species living in the wild that is situated north of the equator. They belong to the banded penguins and their closest relatives live in the coasts of Africa and the southernmost areas of the South American continent and some of its western coasts. They also happen to be the smallest species of the whole penguin family. Interesting to note is that their 49 cm (19 in) size is a form of adaptation. The small size means they require less food and, consequently, spend less energy moving around to find it. In the Galapagos islands, all the species that got there (either through air or water) adapted themselves to the harsh conditions of the archipelago – mainly it’s weather and food availability. The Galapagos penguin is no exception to these adaptations.

Where Are They Seen?

Most of the Galapagos penguin population lives in the westernmost islands, such as Isabela and Fernandina, although some individuals have been spotted on over on Bartolome, Santiago, Floreana and northern Santa Cruz. Because the equator crosses these western islands, the Galapagos penguins are the only of their family to be occasionally found on the northern hemisphere. This fact just adds up to the list of reasons for why the Galapagos penguin is so rare!

How Did They Get to the Archipelago?

The Galapagos Islands are advantageously located on a spot on the Pacific Ocean where two main currents converge: the Cromwell current and the Humboldt current. These cold currents are the reason that the penguins might have used them as a “highway” of sorts, up until they finally found a safe landing spot on the archipelago. The Humboldt current comes from the north all they way up the western side of South American until it reaches the Galapagos Islands where it clashes with the warmer tropical waters on the Equatorial Front. Cromwell, on the other hand, is very powerful current travelling eastward along the Equator all throughout the Pacific Ocean and also ending in the Galapagos Islands. These cooler water currents coinciding at the equator not only brought certain species – like the Galapagos penguin – that belong in colder temperatures, but also fishes as well as other animals that would otherwise only be seen in regions with four seasons. 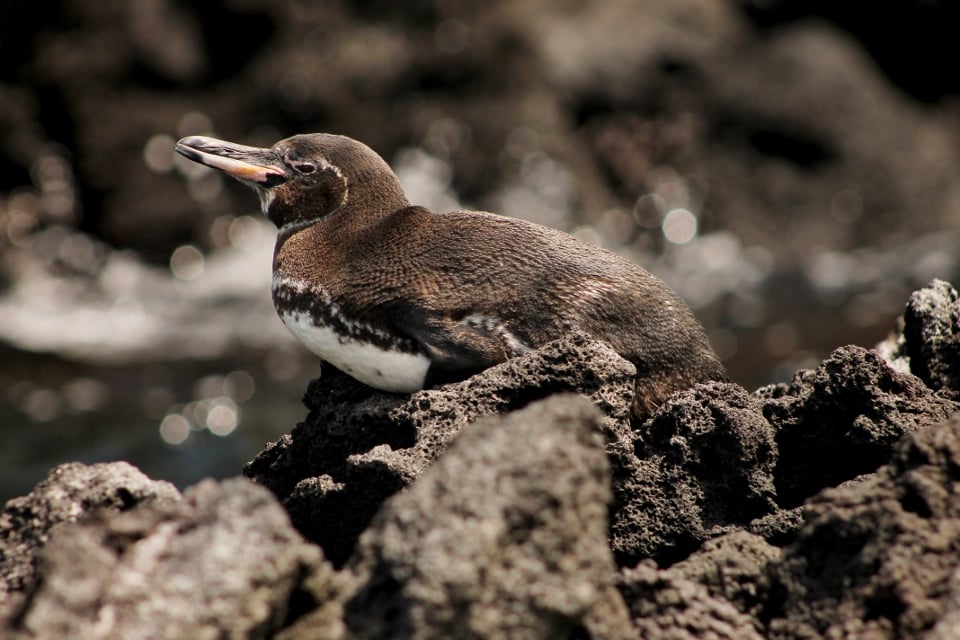 likethis
What's your reaction?
Useful
88%
Not useful
13%
Posted In
Galapagos, Nature and History
Tags
You might also like
Read More