Galapagos Fun Facts: Take a Peek at the Wonderful World of the Archipelago!

These are the only Galapagos fun facts you will ever need to read that will show you just how exclusive and magical this destination really is! By this, we mean that they are the opposite of what is considered a mass tourism destination. All regulations concerning the archipelago have been designed to keep a balance between mankind and flora. Not only with its local inhabitants but also with the curious visitors who are drawn by their charm. In a few words, if you choose your Galapagos expedition vessel and agency wisely, many times you’ll find you will have most of the islands all to yourself and your fellow companions!

With so much to see and so many islands, the Galapagos might seem a little daunting to newcomers. The otherwordly terrain, the behavior of the wildlife, the historical nature and scientific importance of the islands themselves – these are all factors that play a vital role in making the Galapagos what it is. But with so much to absorb and experience, how exactly do we temper our excitement and expectations upon heading there? By providing a sneak peak into wonderful world that it’s home to, that’s how!

KEEP IN MIND! These Galapagos fun facts may produce feelings of excitement, wonder and/or strong desires to want to come visit the enchanted isles!

Remember: If you’re interested in checking them out for yourself, always consult with a reputable tourism company that offers a range of Galapagos cruises and Galapagos itineraries (on land and at sea) before booking your trip! 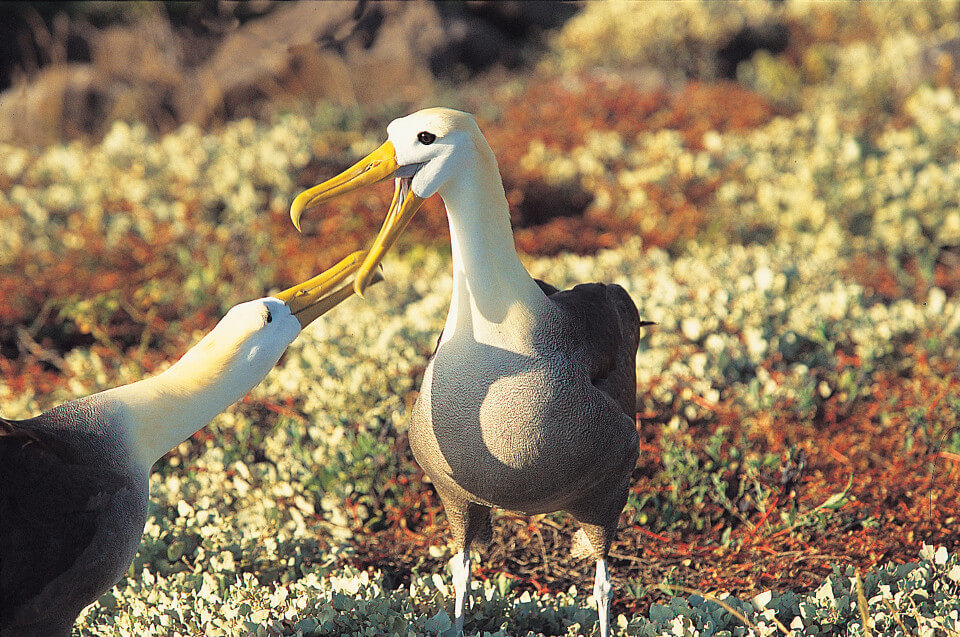 You may be lucky to observe Galapagos albatrosses laying eggs!

Española is the only island where Galapagos Albatrosses breed! These are the biggest sea birds in Galapagos.

The biggest and most curious mockingbird in Galapagos is on Española Island.

The giant tortoise is one of the iconic species of the Galapagos Islands.

On Santa Cruz Island, the population of giant tortoises is estimated to be somewhere between 4,000 to 5,000.

The longest lava tunnel in Galapagos can be found on Santa Cruz. 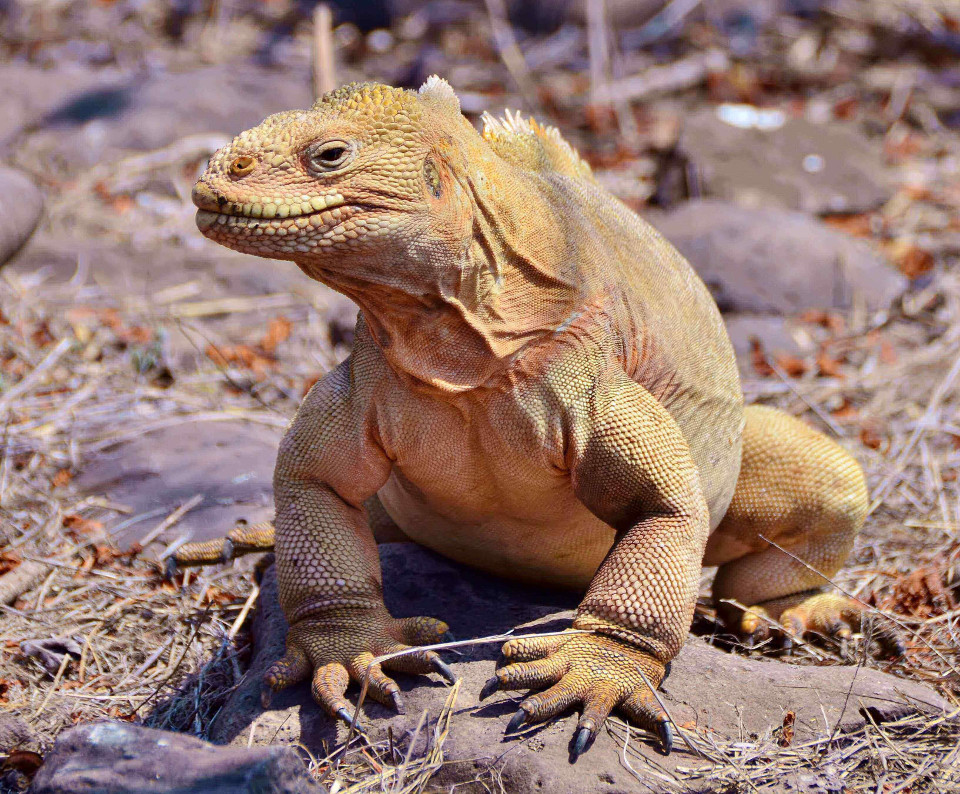 Santa Fe Island has its own endemic species of land iguana. It has been aptly named as none other than the Santa Fe land iguana and has a mesmerizing yellow/orange hue across it’s body.

The highlands of Santa Fe are being repopulated with giant tortoises.

South Plaza is the only island where the hybrid (land and marine) iguana can be found!

South Plaza has a bachelor sea lion colony. It’s a haven for those that were unable to swoon the lady sea lions of the Galapagos, and as such remain here saving energies and hoping for better luck in the future. 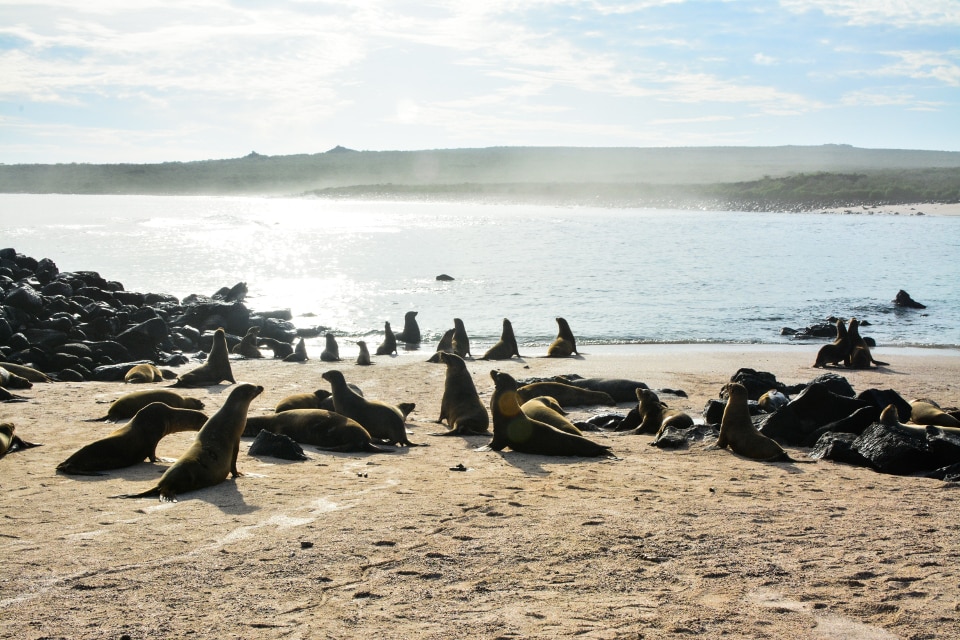 A group of sea lions hanging out at the beach in the Galapagos Islands. 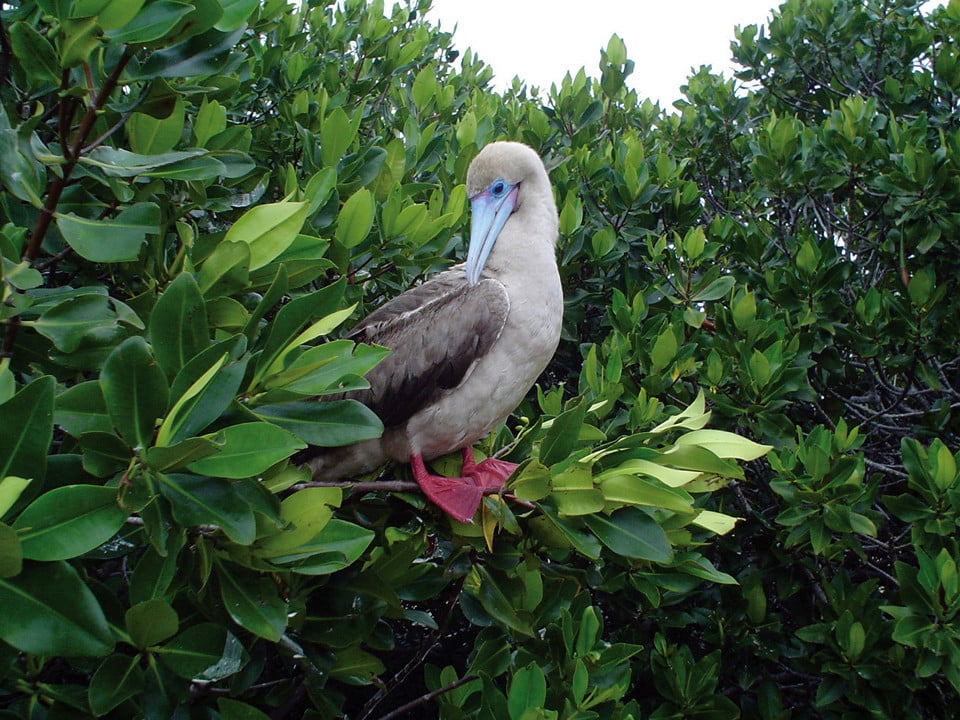 Spot the iconic species of the Galapagos Islands.

Punta Pitt is one of the two places where you can find Red-Footed Boobies!

Punta Pitt is also an island where you can find all three species of boobies. 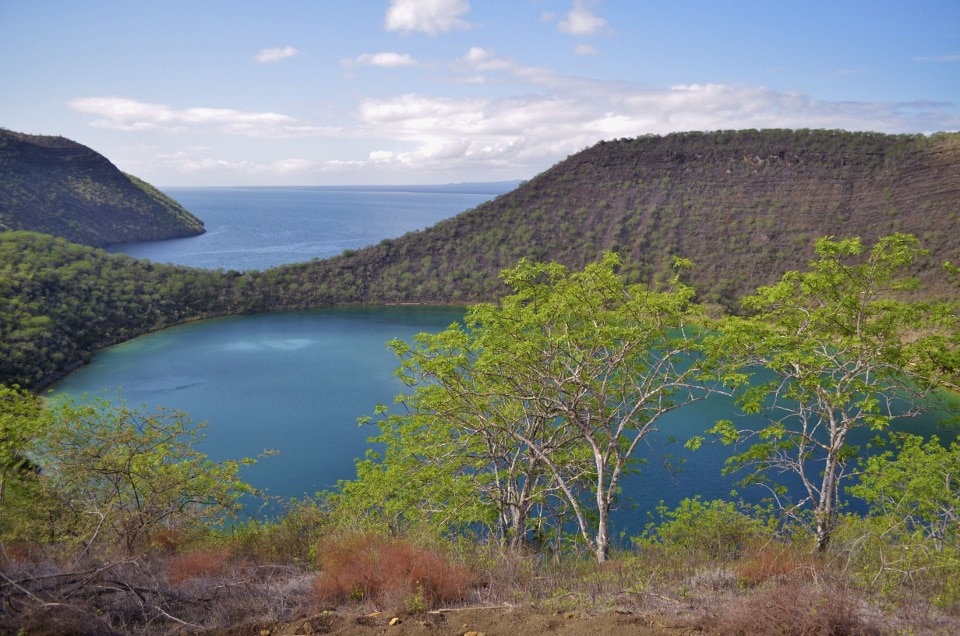 Jacques Cousteau arrived at Tagus Cove aboard the ship Calypso, where he carried out one of his first and best dives!

In 1954, Urbina Bay’s coastline experienced an uplift of 4 metres!

Vicente Roca: Shadow of the Colossus 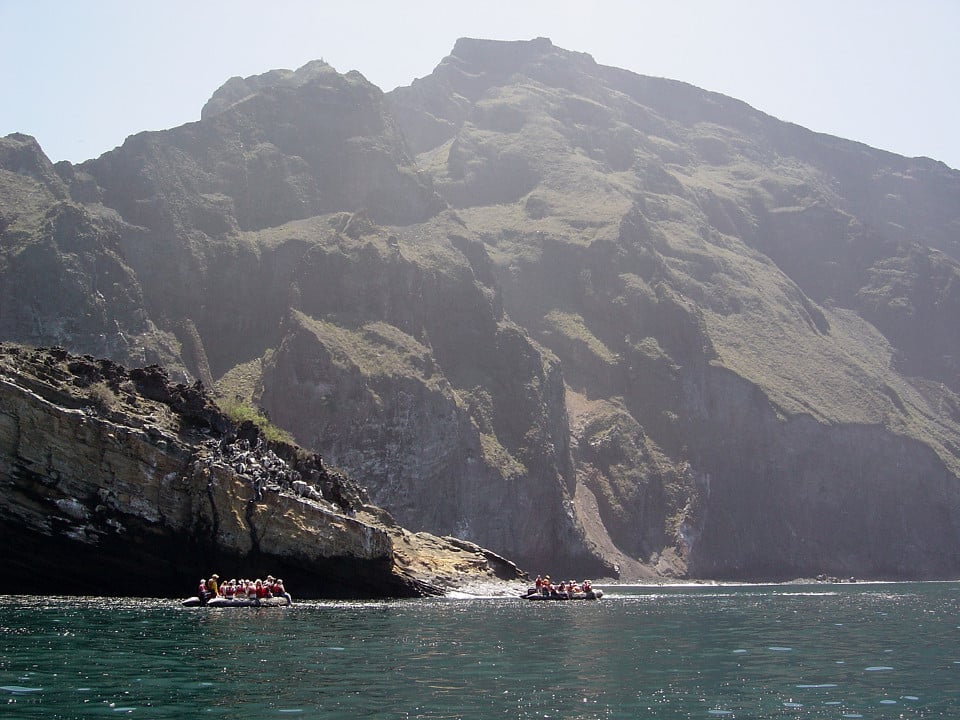 Explore around the Vicente Roca cliff during your Galapagos Islands trip.

Vicente Roca is one of the few places where two types of lava can be seen: pahoehoe flow and aa flow. 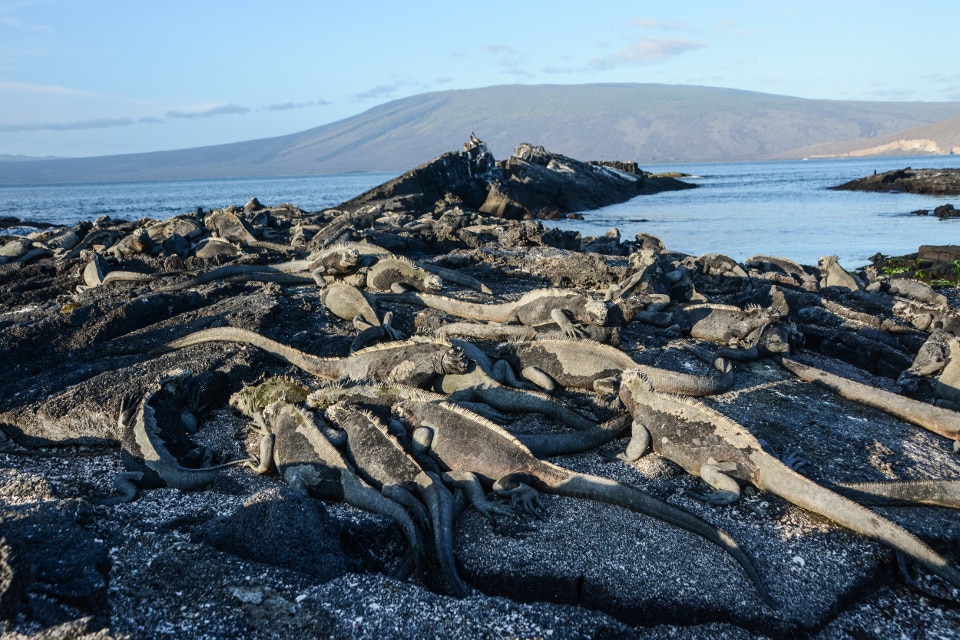 If marine iguanas are a must see in your Galapagos trip, you should definitely visit Fernandina Island.

Fernandina is the youngest island of the archipelago and has the largest population of marine iguanas.

Floreana is one of the two islands where fresh water can be found.

Floreana was the second of four islands that Darwin visited in the Galapagos. 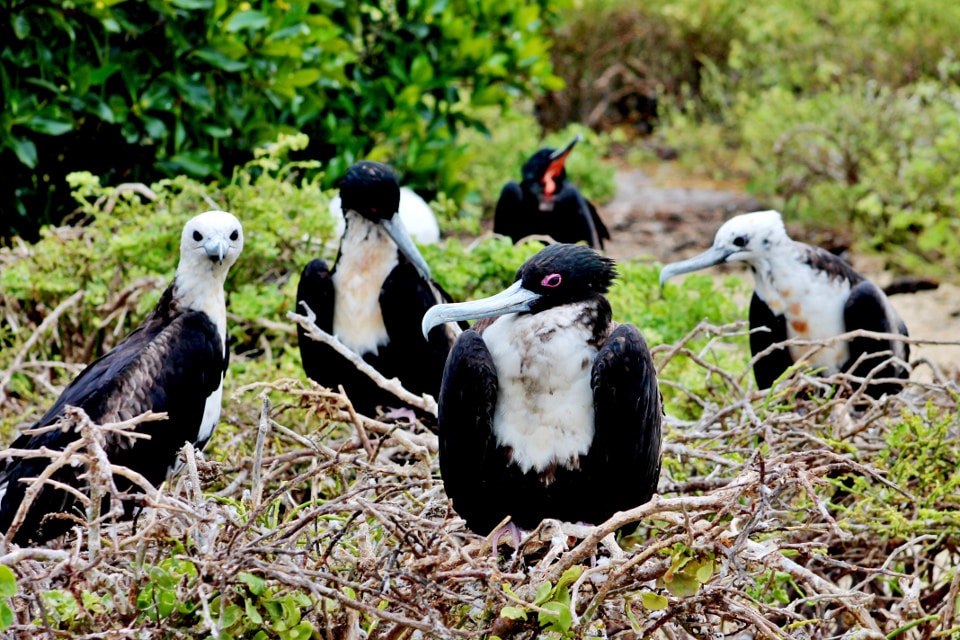 Observe the unique wildlife around the Galapagos Islands.

The two species of frigates (great and magnificent) can be found nesting on this very island!

A number of land iguanas in North Seymour that have been relocated from Baltra Island as part of conservation efforts.

The biggest and most important colony of red-footed boobies in Galapagos lives here.

The curious shape of the island is the result of a collapsed volcano.