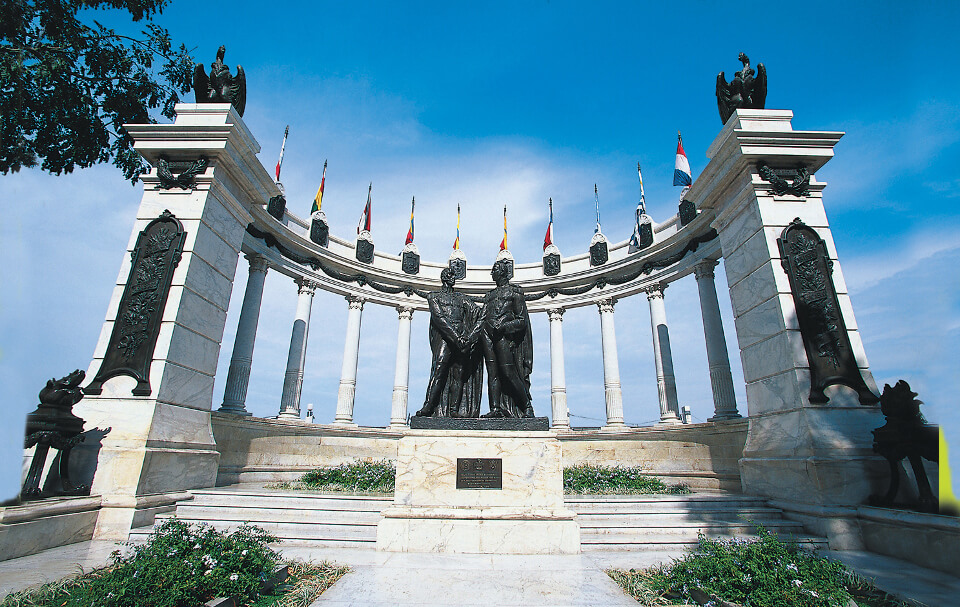 Here the vibe is Caribbean. Guayaquil’s new ravishing waterfront is right next to Santa Ana Hill, its oldest neighborhood, and iguanas roam freely at Bolivar Park in the heart of downtown. Guayaquil is Ecuador’s natural port, and its largest city with a population of two million. It is also the country’s financial and commercial center. Founded in 1547, this tropical city lies on the banks of the Guayas River, twelve miles inland from the Gulf of Guayaquil. The people of Guayaquil are outgoing and open, they enjoy their city and are fiercely proud of their heritage. It is not surprising to hear the drama of Guayas, a brave indigenous leader, who in his desperation to avoid falling into the hands of the Spanish conquerors, decided to kill his wife, Quil, before drowning himself in the waters of the river. Their names were joined; a city was baptized.

The visit includes the main attractions of the Port of Guayaquil, starting with the Centennial Plaza that honors the heroes of Guayaquil’s independence, and then along 9th of October Boulevard to the heart of the business district of the city with the Plaza of the Administration and the striking Government and Municipal Buildings. A short stroll takes guests to the famous Moorish Clock Tower and Bolívar Park, with an equestrian statue of South America’s liberator, Simón Bolívar. The latter is also called “the park of the iguanas”, as here they roam undisturbed and perch on the treetops, blending perfectly with the green leaves. Beside the park is the neo-gothic Metropolitan Cathedral. Then drive to the southern end of Guayaquil’s ravishing Malecon 2000 to see the Crystal Palace, the Integration Square, the Plaza of the Flags and the Plaza Olmedo, which are together, at the beginning of a 2.5 Km. (1.5 mile) waterfront, running parallel to the River Guayas and featuring historical, cultural and entertainment areas. An easy walk, past decorative elements featuring the four elements: earth, fire, water and air, leads to La Rotonda, which commemorates the meeting of Simon Bolivar and Jose de San Martin, the liberators of South America. Then on to Barrio Las Peñas, one of the oldest neighborhoods of Guayaquil, whose wooden constructions have been beautifully restored, housing many art galleries. Drive past Guayaquil’s cemetery with outstanding marble sculptures by famous Italian artists on to Urdesa residential area to end at Malecón del Salado, the latest urban regeneration project of the city..
Then enjoy lunch at a restaurant with Ecuadorian specialties.