Quick Guide to the Galapagos Islands: The East 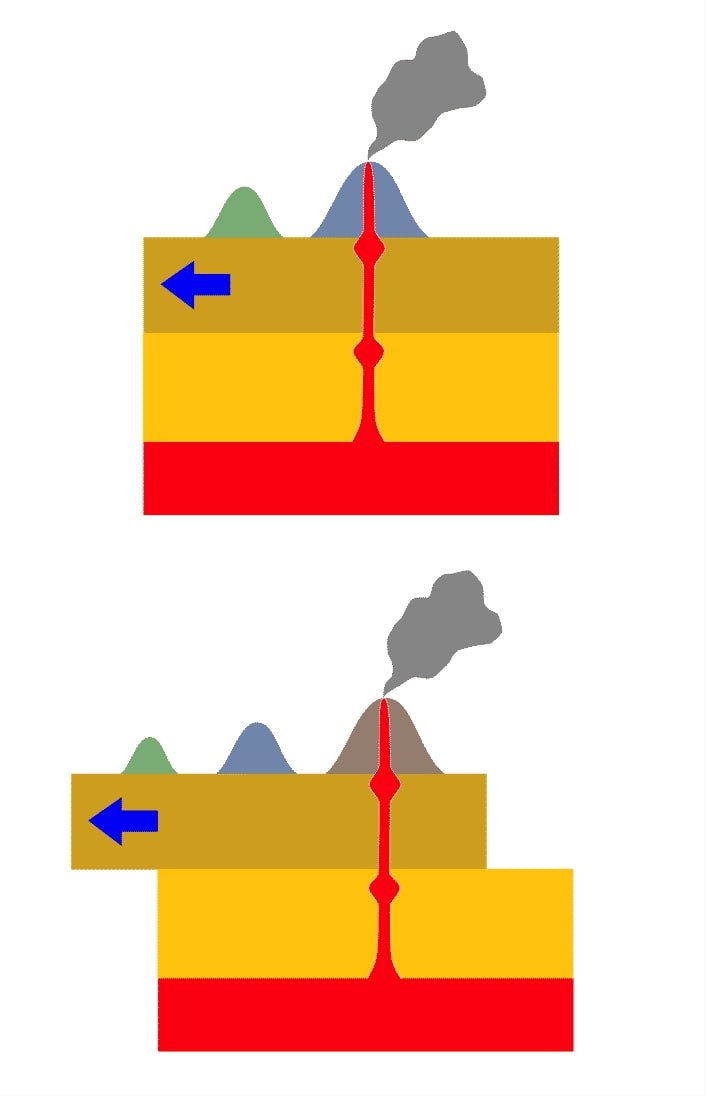 Did you know that the Galapagos Islands were birthed by a hotspot?

The Galapagos Islands are made up of twenty-one unique landmasses, each with a specific history and endemic species. Because the Galapagos were birthed by a hotspot, the ages of different islands (and thus, their physical attributes) vary greatly.

While the western islands are known for their youth and high degree of volcanism, the east is known for their barren calmness. This is because the islands of the eastern Galapagos are millions of years older than their western counterparts and are much closer to the South American continent. This explains why these islands usually have a greater variety of endemic species.
Although visiting any island in the Galapagos is an amazing experience in itself, the eastern islands are home to some of the most popular tourist attractions. If you’re thinking about touring the Galapagos Islands, making an informed decision regarding where to visit is essential to your trip’s success.
We hope this guide teaches you a few quick facts about the Galapagos and that it helps you choose the best tour for you and your family.

The islands of Santa Cruz, North Seymour, and South Plaza are some of the most visited in the archipelago.
Nestled at the very heart of the Galapagos, Santa Cruz is perhaps the most well-known island as it is home to Puerto Ayora, the most populous settlement in the islands. It’s also conveniently situated next to Baltra Island, home the Galapagos Islands’ largest airport. 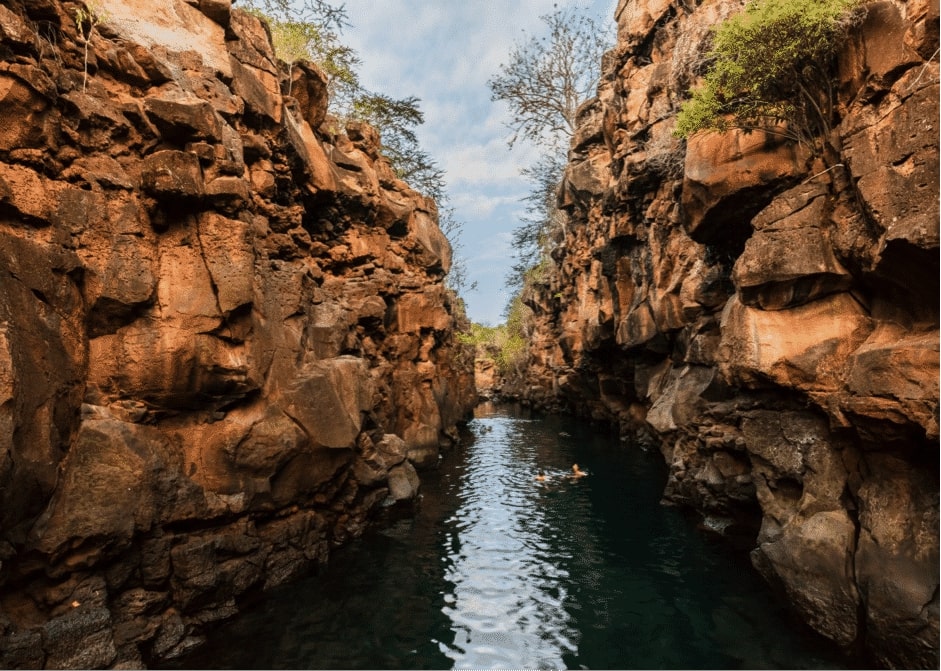 The Galapagos Islands and Las Grietas rank among the world’s most extraordinary wildlife destinations.

Las Grietas, a perfect afternoon swim spot in Santa Cruz
Santa Cruz is replete with spectacular sights and attractions for tourists to enjoy and discover. We’ve selected a few of the best below:

The giant tortoises of Galapagos are among the most famous of the unique fauna of the Islands.

North Seymour Island is located right above Isla Baltra and is a tourist-favorite destination. After disembarking, you’ll be able to walk along the island’s coast and trek to its interior, where you’ll discover various bird colonies. Don’t forget to keep an eye out for sea lions and marine iguanas during your visit!

On the Galapagos, land iguanas play an important role as endemic resident herbivores.

South Plaza Island is also very close to Santa Cruz, making it an ideally-suited location for a day visit. During your tour, expect to see some of the island’s famed yellow, cactus-eating iguanas as well as several sea lion colonies. 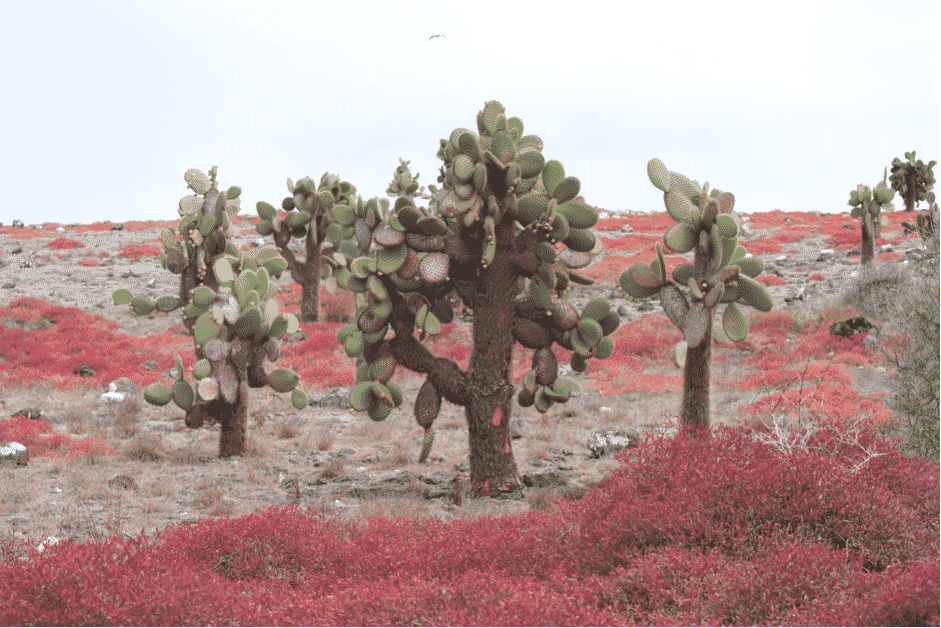 The Prickly Pear Cactus is endemic to the Galápagos, where is found on Fernandina, Genovesa, Isabela, Pinta, Santa Cruz, and Santiago.

Giant Pricky Pear Cactuses can be found all over Santa Fé Island
Santa Fé is one of the oldest islands of the Galapagos (some volcanic rocks found here are over 4 million years old!) and offers great locations for snorkeling, trekking, sea-lion watching, or just relaxing on a beautiful beach. If you’re visiting on a cruise ship, it’s also a perfect place to kayak with friends or explore the depths in a glass-bottom boat. If you’re visiting with your family, make sure to schedule a stop at Santa Fé. 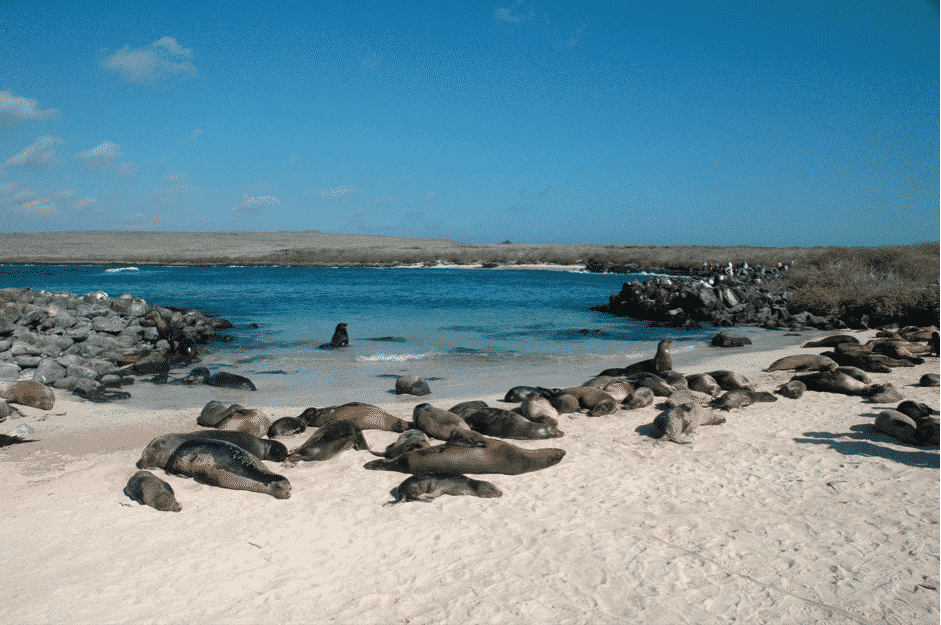 The Galapagos albatross is one of Galapagos BIG15.

Named after Spain, Española is both the oldest island in the archipelago and one its most unique. Due to its age, volcanic activity in Española is nonexistent. This means that the island is, slowly but surely, dying: its once jagged peaks now flattened by erosion.

However, Española is still an absolute must-see during your trip. It’s a preferred breeding location for Blue-Footed Boobies (which perform curious mating dances during mating season) and Waved Albatrosses (from April to Early January), which are endemic to Española.

During your trip, you’ll visit Punta Suarez, where you can participate in treks around the island’s rugged coastline and observe marine iguanas, sea lions, and various marine birds. You’ll then head to Gardner Bay where you’ll be able to snorkel, kayak, trek, or swim to your heart’s content. 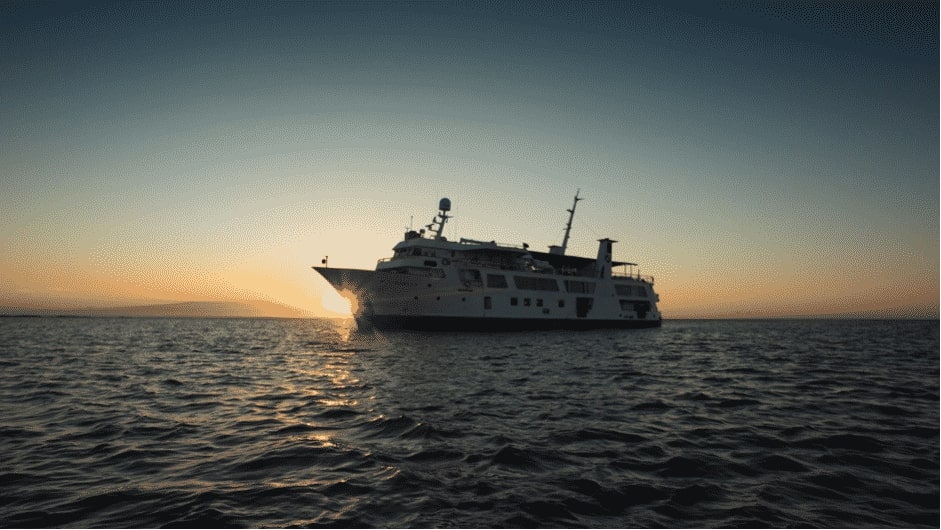 Out of all the islands in the Galapagos, none has a human history as rich and turbulent as Floreana. Two of the most important visitor attractions are Post Office Bay, an ancient post office which served the various immigrant families that lived in the island in the past, and Cormorant Point, an ideal location for trekking and relaxing by the beach.

Isabella II, one of our luxurious yachts, will prove guides with expert knowledge about the suspicious disappearances that occurred in the island almost a hundred years ago. The story is rife with interesting details, crazed baronesses, jealous lovers, and a heavy dose of intrigue – so make sure you pay close attention! You might just solve Floreana’s most infamous mystery.

likethis
What's your reaction?
Useful
0%
Not useful
0%
Posted In
Galapagos
Tags
You might also like
Read More