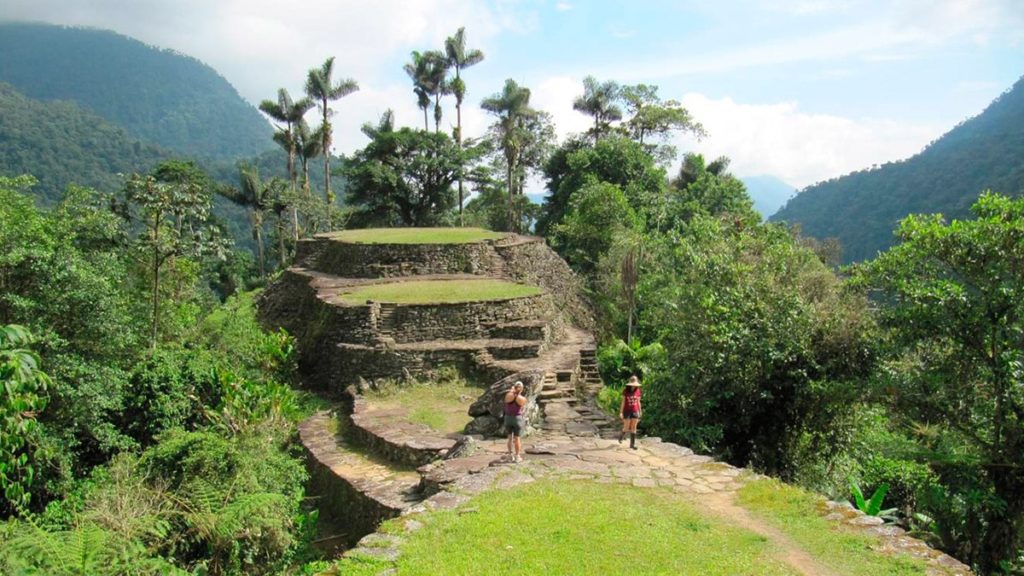 ‘Cuidad Perdida’, believed to have been founded in 800 AD, is one of Colombia’s most important archaeological sites hidden from civilization and undiscovered until 1972. The site covers 80 acres (32 ha) and is located in the jungles of the Sierra Nevada de Santa Marta; a designate UNESCO Biosphere Reserve that rises from the Caribbean coastline to an altitude of 5,800 m (19,000 ft), making it one of the highest and ecologically diverse coastal ranges in the world.
The ancient city is reached by trekking through forests alive with exotic fauna and the scent of tropical flora, hanging bridges, mountain ridges and waterfalls, all a highlight and precursor to the impressive site. In the midst of this tropical forest a trail of 1200 steps leads to the summit where the magnificent ruins of the great Tayrona Empire are to be found.
The site consists of a series of 169 stepped terraces carved into the mountainside, a network of tiled roads and several small circular plazas, characterised by the synergy between nature and civilisation. It was here that a group of treasure hunters stumbled across the ancient city in 1972. The indigenous communities still visit the site to preserve the rich cultural heritage of the region. Now a major conservation archaeological site, it is a place of myths for the traveller to rediscover.

Discover the secrets of Colombia.