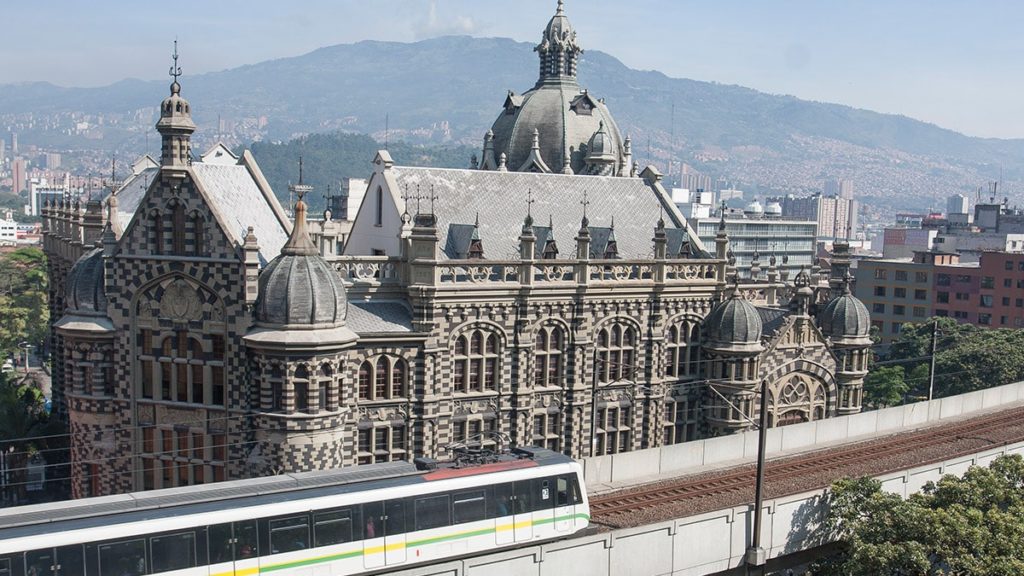 Fact: Medellin is the second-largest city of Colombia.

Medellín is the second largest city in Colombia and is the capital of Antioquia Department. Founded in 1616 by the Spaniard Francisco Herrera Y Campuzano, the city is nestled in the Aburrá Valley. The city, including the metropolitan areas has a population of 3.5 million. As the city lies 1,500 m (4,920 ft) above sea level the climate is classified as tropical monsoon with a constant average temperature ranging from 150 C (590 F) to 300 C (1180 F) which is spring like and because of this the city is referred to as ‘The City of Eternal Spring’.

The climate is also conducive to commercial flower growing, particularly orchids. The famous ‘Feria de las Flores’ is held in the city from July where a profusion of brightly coloured flowers are arranged on silletas and paraded through the streets.

Medellín has also become a destination for national and international tourism and the Aburrá Valley is fast becoming a magnet for photographers with its scenic mountains surrounding like a green curtain drawn around the city. Its culture from international recording artist Juanes to Botero’s sculptures is also drawing positive attention to the city

As part of the imposing Palacio Municipal, the Museum of Antioquia with its art deco facade faces the Parque Berrío and oversees the bronze Botero sculptures. The museum is the second oldest in Colombia, but one of its finest. The museum houses many of Fernando Botero’s sculptures, paintings and drawings in addition to works by Picasso, Jeff Koontz, Frank Stella, amongst others. All of these works have been donated by Botero himself. Sharing space in the museum are pre-Columbian, colonial, independence and other modern art exhibits. Outside, Plaza Botero as Parque Berrío is more commonly known as, is like a deferential homage to Botero with many of his works permanently on display.

Oriente: The Towns of Medellín

The best way to appreciate the real ‘pueblito Paisa’ and the surrounding countryside is to spend a day discovering the tranquil and genuine ‘paisa’ towns dotted around the hills outside the bustling city of Medellín. Taking the ‘La Vuelta a Oriente’ from Medellín east to Bogotá one can pass through a mountainous countryside making three or four stops to villages typical of Antioquia, and natural and historical attractions, such as the town of Guarne, an ecological reserve, El Retiro, Rio Negro where the first constitution was written in 1863 and San Antonio de Pereira to sample the desserts on offer in the local square

Located approximately an hour north of Medellín is the town of Santa Fé de Antioquia. The town is the oldest settlement in Antioquia and was once the capital of the region until 1826. With all this history, it is no surprise to see that the entire town is practically a historical site and declared a national monument of cultural heritage. This well preserved Paisa town will make the visitor feel that they have stepped back into the colonial era. A tropical climate will add to the suspension of reality when walking along narrow streets lined with whitewashed colonial buildings and small plazas; just as they were in the 1800s